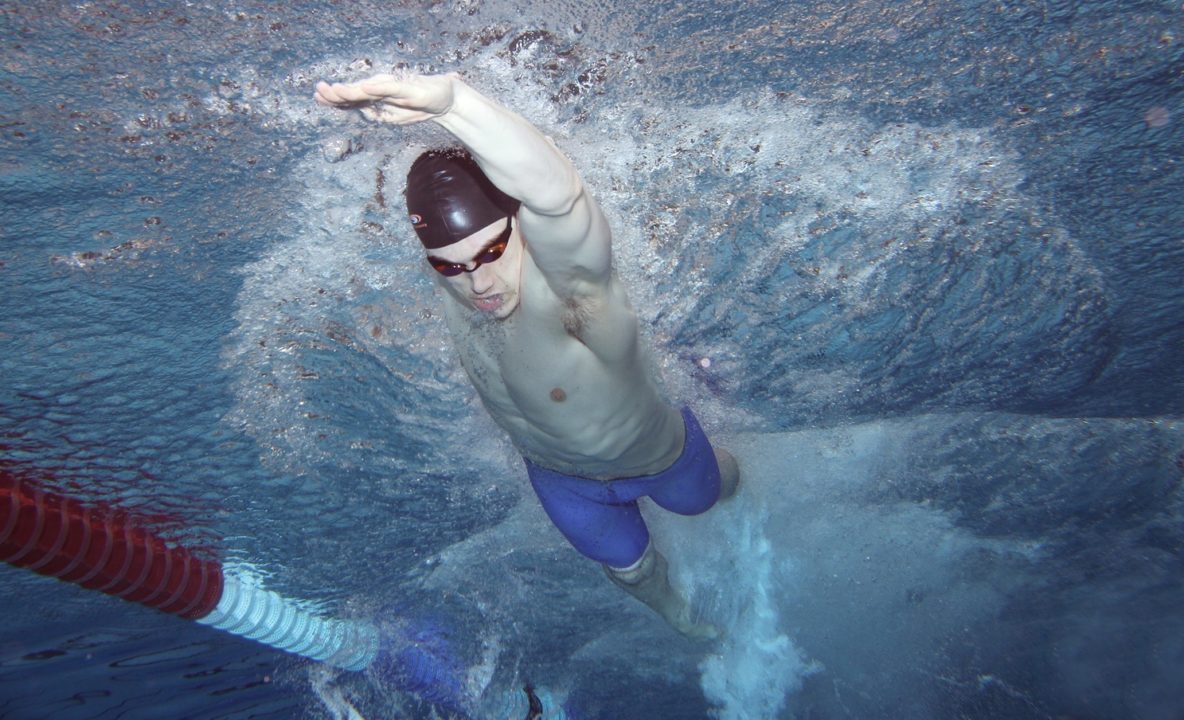 Rebecca Redfern earned a new S13 100m breaststroke World Record, while Adam Barrett touched in 48.98 in the 100m freestyle on Day 3 of the 2016 British Summer Championships. Archive photo via (image courtesy of blueseventy)

After last night’s action in Sheffield, which rendered two shiny new multi-class World Records, the Ponds Forge International Sports Centre was treated to another outstanding performance again tonight. This time it was Worcester’s Rebecca Redfern who took the top prize, claiming the gold in the women’s S13 100m breaststroke in a time of 1:15.96, a new World Record. This bettered her mark of 1:16.86 from just this past April competing at the British Para-Swimming International Meet.

The pool was also lit up by Loughborough sprint stud Adam Barrett. He cranked out a mark of 48.98 in the men’s 19+ 100m freestyle event, a result which represents the first time in his career the Commonwealth Games medalist has dipped beneath the 49-second threshold. Entering this meet, Barrett’s personal best in this event was the 49.02 he threw down to earn 3rd behind Duncan Scott and Ben Proud at his nation’s 2016 Olympic Trials.

Newcastle’s Emily Large continued to impress, earning the women’s 15 years 200m butterfly event. Her time was 2:10.48 tonight, although she’s been as fast as 2:08.87, the mark which stands as the British Age group record in this event, at European Juniors this year. That sub-2:10 outing earned the rising star the gold medal in Hungary.

After already scoring two 2nd place finishes in Sheffield, Bath University’s Jay Lelliott made it happen in the men’s 1500m freestyle event. Leading wire-to-wire, Lelliott took the win easily in a time of 15:04.97, the 2nd best of his career. The only occasion in which Lelliott has been faster was when he nabbed his only sub-15-minute time of 14:58.74 competing in Berlin back in 2014.

Ellesmere collected two wins in the form of 15-year-old Freya Anderson and 14-year-old Charlie Hutchinson. Anderson won her age group’s 50m freestyle event, touching the wall in an impressive 25.64. Not only was Anderson the only swimmer of her final to register a time beneath the 26-second threshold, her mark was good enough to surpass even the 16 and 17/18 age group winning times as well. Only Manchester’s Rebecca Guy was faster, winning the 19+ final in 25.57.

For Hutchinson, he raced his way to the top of the podium in his age group’s 400m IM race. Already holding the 13-year-old British Age Group Record in this event (4:35.97), which he earned at this same meet last year, Hutchinson is well on his way to snagging the 14-year record as well. He won tonight in a mark of 4:31.15.