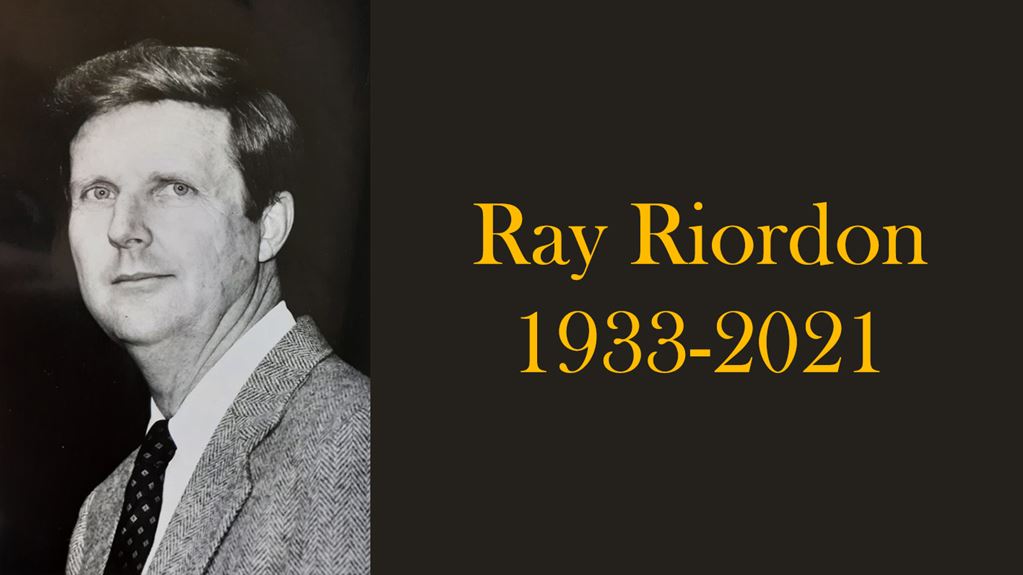 Ray Riordon, the founder of the varsity swim team at Towson University, died on Saturday at his home in Millsboro,... Archive photo via Towson Athletics

Ray Riordon, the founder of the varsity swim team at Towson University, died on Saturday at his home in Millsboro, Delaware, due to kidney failure. He was 87.

Riordon attended Shepherd College (now Shepherd University) in Sheperdstown, West Virginia. There, he was a member of both the school’s baseball team and swim team. On the mound, he compiled a 16-4 career record as a pitcher. In the pool, though, he was a true standout, setting school records in the 400 yard freestyle and 200 IM individually. He was one of 6 men who made up the inaugural class of the school’s Hall of Fame.

That same year he left the Marines, he began his collegiate coaching career, where he was the head coach of the men’s team at West Virginia from 1963-1964. As the 6th head coach in that program’s history, he compiled a 4-8-1 record that season.

A year later, he was hired by Towson (then Towson State College) to launch the school’s first men’s swim team. He coached cross country for 3 years and track & field for 2 seasons until the completion of the Memorial Pool (now Burdick PooL) in 1968.

The school added a women’s team for the 1972-1973 season, and in 1988 the men’s and women’s programs were combined under Riordon’s leadership.

Riordon finished with a record of 246-176, including 23 winning seasons, and 7 conference championships. The team’s most impressive run came from 1980 to 1983, where at one point Towson won 35 of 37 meets, including a 29-meet winning streak and 2 perfect seasons.

The women’s team were 0-11 in Riordon’s first season in charge, but he slowly built that program and retired with 6-straight winning seasons.

In 2002, Towson inducted Riordon into the university’s Hall of Fame.

Ray was a fine coach & great gentleman as well. I enjoyed competing vs. his teams when I coached at Johns Hopkins, 1968-‘1977. My condolences to his family. RIP Coach.

Coach was a fine human being. He advocated and cared for his swimmers and stood up to the administration when needed to. Rest in Peace