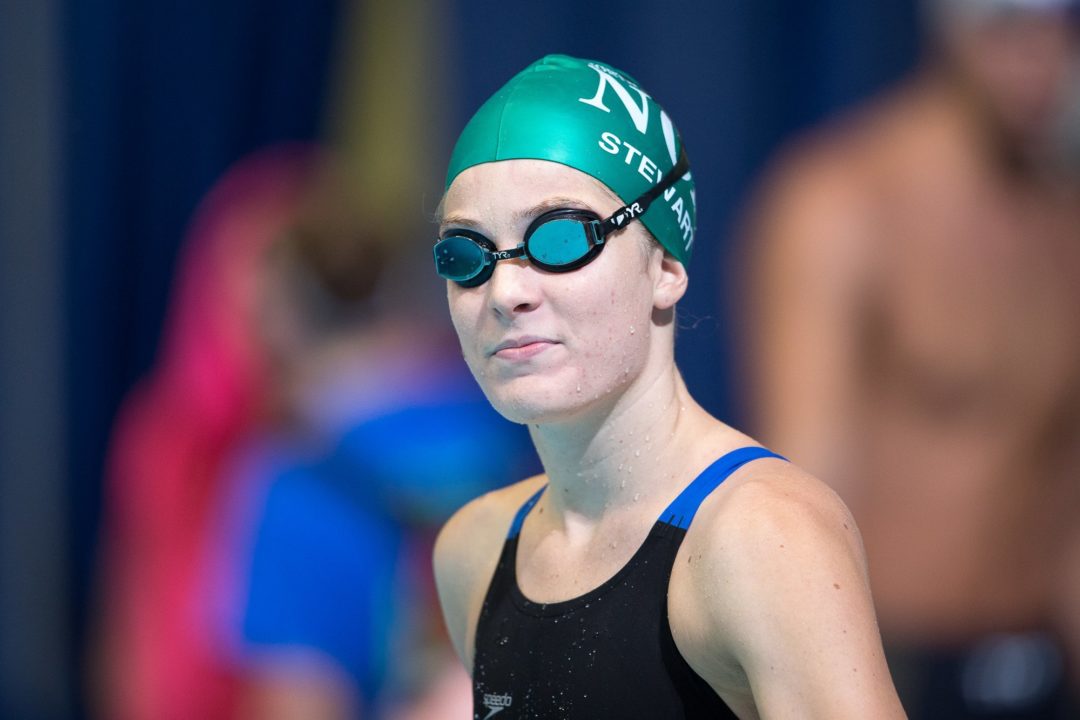 Great job Miss Stewart. You were my favorite to win. 🙂 Claire Donahue and Kendyl Stewart are also the favorites for the 100 fly today. I believe in her in that event for a few years now. She has tremendous speed but she always has some difficulties to finish well her race. Hopefully she will train harder than ever in the next 2 years to improve his endurance and then, she will be able to swim under 57 in 2016 and win a medal. If Dana Vollmer doesn’t come back, USA absolutely needs to find someone else under 57 in 2016 for its medley relay. Today, she can qualify in the 100 fly for Pan Pacs but there’s also a… Read more »

Congratulations Kendyl.. Your Grandmother Meredith keeps us abreast of your accomplishments and we are very proud of you, too! You have a cheering section
in Brevard, NC.