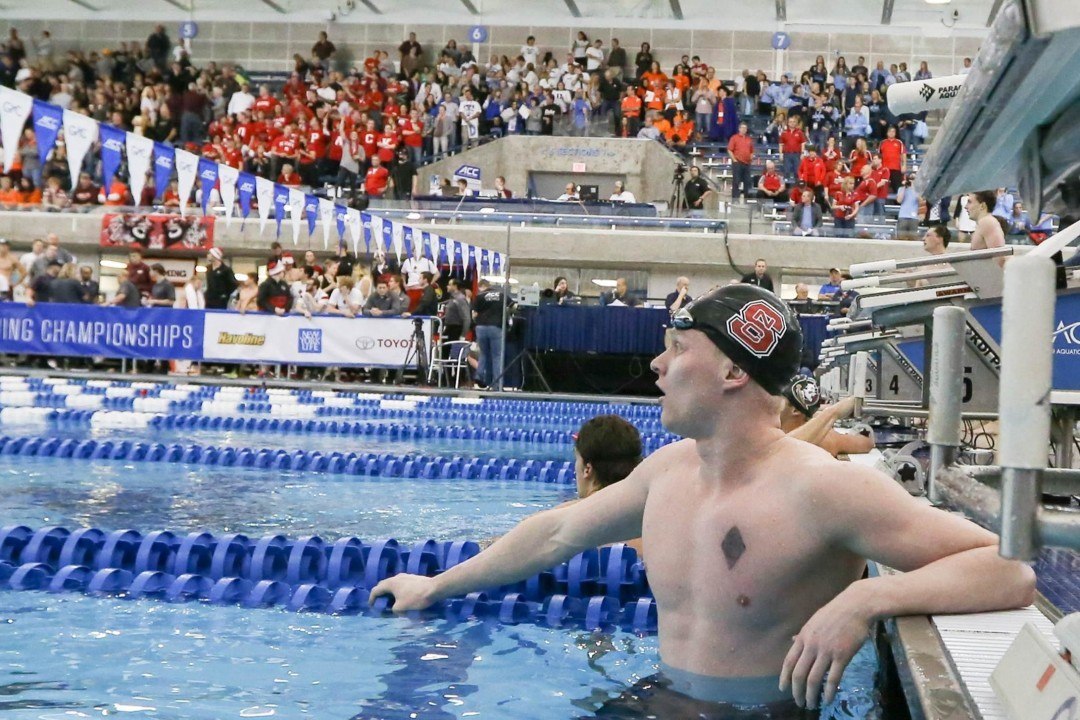 NC State leads the ACC Championship meet headed into tonight’s finals and yesterday’s 50 freestyle race helped contribute to the Wolfpack’s wrath.  Ryan Held scored the win in a time of 18.92, just .02 of a second ahead of teammate Simonas Bilis in 18.94.

As originally reported by Jared Anderson:

It was Simonas Bilis who was the defending champ, but his sophomore teammate Ryan Held ended the streak of repeat winners, going 18.92 for the first new ACC champ of the 2016 meet.

Held just touched out Bilis, who was 18.94 – that gives the Wolfpack a pair of sub-19 sprinters that should mean their 200 free relay won’t have to deal with the traditional question of whether to lead off with your top sprinter or use him as your anchor. NC State has the firepower to do both.

UNC senior Sam Lewis snuck in for third at 19.49, taking a little more than a tenth off his prelims time and touching out Andreas Schiellerup (19.52) to break up the Wolfpack sweep.

Duke’s James Peek was just behind in 19.54, with the final NC State championship finalist, Joe Bonk taking sixth in 19.57.