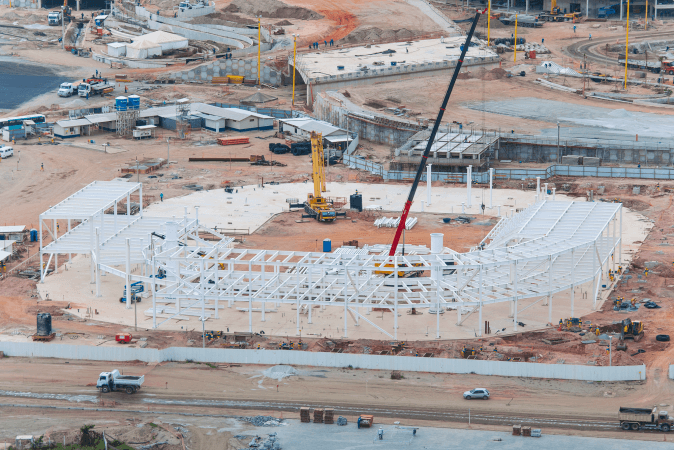 A new photo posted this week on the official website for the 2016 Summer Olympic Games shows progress has begun.... Current photo via Rio 2016/Alex Ferro

A new photo posted this week on the official website for the 2016 Summer Olympic Games shows progress has begun.

The last update announced that only the foundation had been laid, but in this photo, dated November 28th, vertical construction had begun and the form of the Olympic aquatics arena that will host the Olympic and Paralympic swimming in 2016 began to take shape.

See below for more picture of the Barra Olympic Park – the section of Rio that will host swimming and 23 other sports.

Overview of the Barra Olympic Park In the foreground, the Maria Lenk Aquatic Centre, which will host other aquatic disciplines. (Photo: Rio 2016/Alex Ferra)