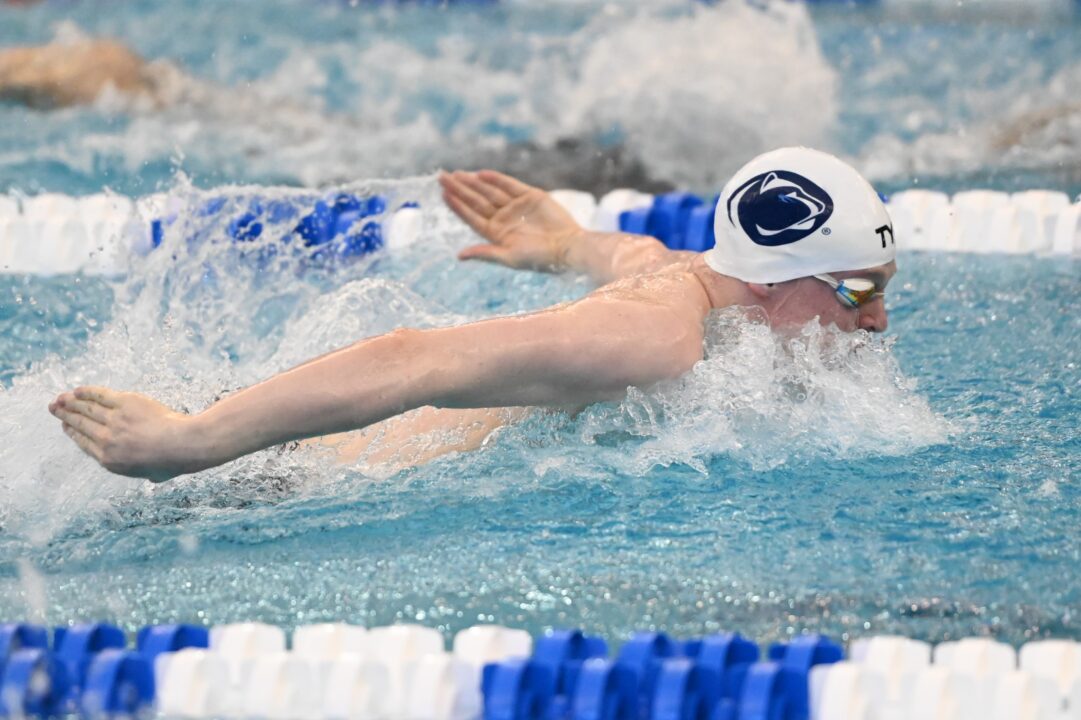 The Nittany Lions will compete in 14 meets, with three at home and 11 on the road. Archive photo via NCAA Photos

UNIVERSITY PARK, Pa. – The Penn State Men and Women’s Swimming and Diving teams have announced their 2021-2022 schedule. The Nittany Lions will compete in 14 meets, with three at home and 11 on the road.

“Our team has put in a block of focused work since they stepped on campus this fall,” said Head Coach Tim Murphy. “Our intentions are to be a better team both in and out of the pool and move the program forward. We are extremely excited for our meet schedule this year. Over the course of the season, we will swim and dive against six different conferences. Each competition both home and away will present unique challenges for our women’s and men’s teams.”

“Opening with the Naval Academy will be a very good test to start the season,” said Murphy. “Our mid-season invite in Greensboro will be against some of the top teams in the country. We are extremely grateful for the opportunity to have a complete meet schedule this year with family and friends in the stands.

The women’s team heads to Liberty on Friday, October 29 and Saturday, October 30 while the men’s team faces Ohio State, Virginia Tech and Indiana, in Columbus, during the same two-day period.

Penn State heads back on the road to Greensboro, N.C. for the NC State Invitational. Both the men’s and women’s teams will compete in the three-day event from Thursday, November 18-Saturday, November 20.

On Friday, January 7, the blue and white travels to Army West Point.

Penn State concludes the regular season the following week on Friday, January 28. The Nittany Lions return home for a Senior Day against Villanova.

Dates and times are subject to change. Check out our schedule page on GoPSUSports.com for the latest information.

Penn State avoiding competing against the Big 10? On the girls side completely. Is this to avoid the travel team size restrictions?

Or a beat down

Let’s be honest….Me thinks Murph is enjoying his last year at PSU prior to retirement. Schedule a few easy meets and ride off into the mountains of Nittanyville