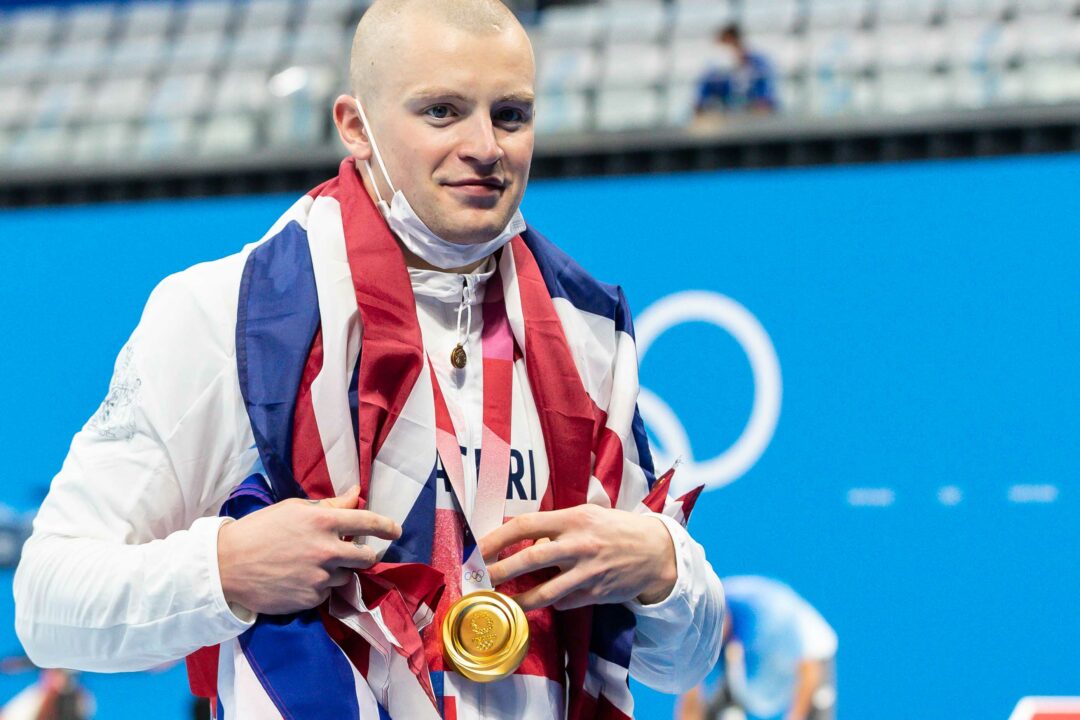 Adam Peaty has reportedly suffered an ankle injury while training for his next Strictly Come Dancing television appearance this week. Archive photo via Jack Spitser/Spitser Photography

While throwing down the moves in preparation for Saturday night’s movie-themed broadcast of the dance competition show presented in the UK, the 27-year-old suffered a ‘savage’ ankle injury. This is per his professional dance partner Katya Jones’ now-expired Instagram story.

As reported by British media, Peaty stood with a bandage wrapped around his ankle while Jones zoomed in and out on his legs as she wrote: “Please send a pair of new ankles our way!!”

Peaty did not mention any details or provide any information on his social media accounts and appears to be back in training, so the injury seems to have been short-lived.

As far as the upcoming episode, it’s been revealed that Peaty and his pro dancing partner will be busting out a Rumba to the song, I See You by Leona Lewis from the film, Avatar.

There are 14 couples remaining on the show, which is entering week 3. Each week a couple is eliminated based on receiving the lowest scores from judges. Last week, Peaty and Jones earned a score of 19 out of 40 and narrowly escaped elimination by 1 point.

Sorry to hear about Adam, but everyone knows swimmers can’t dance! Here’s to a quick recovery.

Guessing it will have NO lasting effect on what counts: Worlds and Paris 2024

Me:
This is the end
Hold your breath and count to ten
Feel the Earth move and then
Hear my heart burst again
For this is the end
I’ve drowned and dreamt this moment
So overdue, I owe them
Swept away, I’m stolen

2
-1
Reply
Just give the trophy to the condors already

The curse of the swimmer put on terra firma