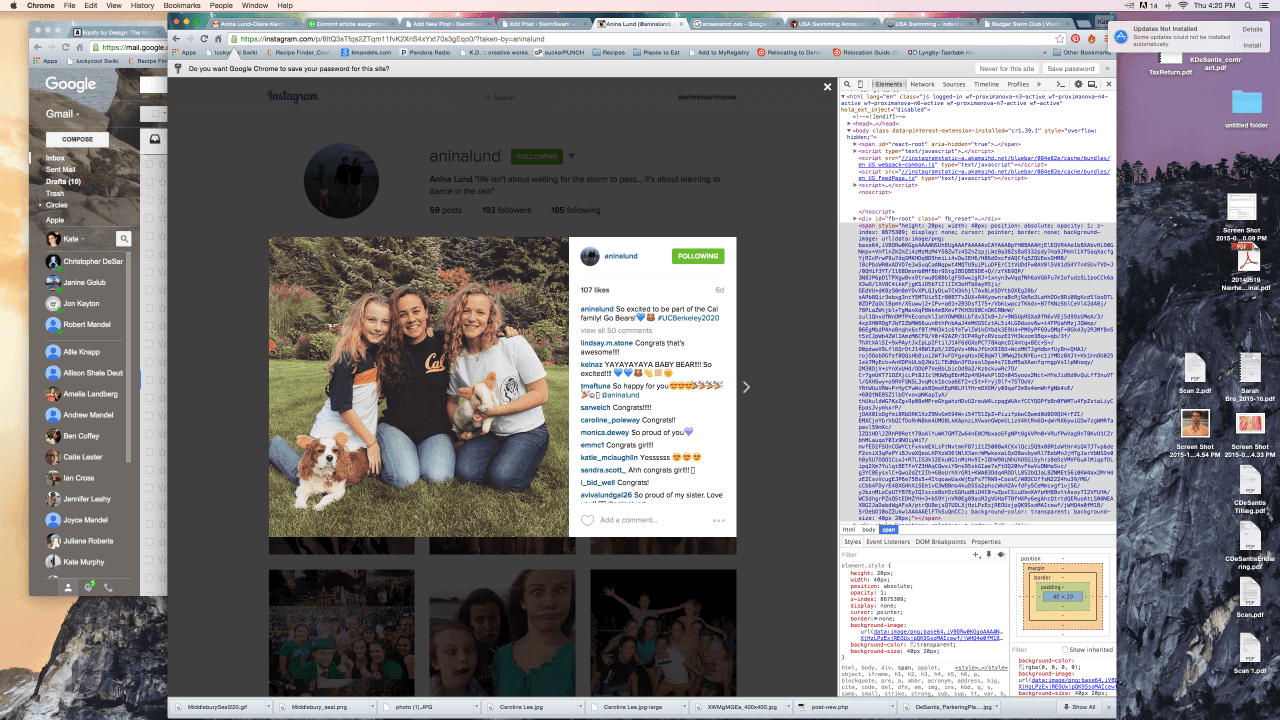 The Danish-American National Fills A Big Gap for the Bears

Anina Lund, who currently trains at Badger Swim Club, has committed to the University of California, Berkeley. Lund a distance swimmer who in addition to pool swimming was selected as one of twelve female athletes for the US Open Water Select Camp in 2014. Lund has swum her strongest times in LCM, particularly in the summer of 2014 where she finished 9th at Summer Juniors in the 800 free and 1500 free alongside a 17th place 400 free:

Lund rarely races anything other than freestyle events, in fact for the 2014-2015 season she has just one non-freestyle recorded time. Owing to her dual-nationality (Lund is also a citizen of Denmark), Lund has also competed internationally. In 2013 she was part of Sigma Swim’s Danish Team National Championship. She returned to Denmark in 2015 where she won a bronze medal in the 800 freestyle at the Danish Open. She has also competed at the 2015 Geneva International Championship, taking silver in the 400 free after Lindsey Vrooman. Lund also competed in the 2014 USA Swimming Open Water Championship 10k, finishing 20th.

While Lund’s 500 freestyle time would have placed her 5th on last year’s depth chart, her 1650 will give an immediate boost to the Bears, who despite the great performances by Cierra Runge were relatively weak in distance. Lund will need to improve moderately in order to make Cal’s NCAA roster, as the last invited time in 2015 for the 1650 was 16:17. Even qualifying may not guarantee her a place on Cal’s roster, given the NCAA potential on the Bears. Her 500 and 1650 would have put her in top 16 and top 8 respectively at last year’s PAC-12 Championship meet.