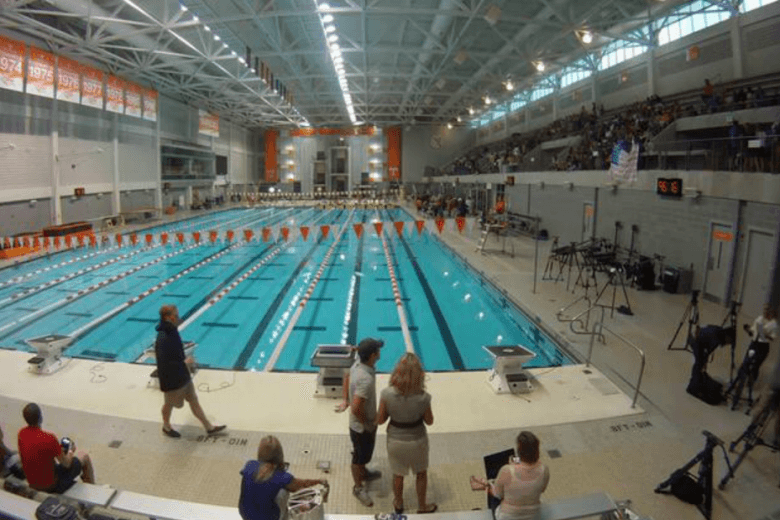 The US Olympic Team Training Camp in Knoxville, Tennesse hosted a media day. 1800 fans attended. More than 100 media, from the New York Times to USA Today to CNN to SwimSwam attended as well to interview 2012 Olympic Swimmers. Michael Phelps, Missy Franklin and Ryan Lochte captured a lot of the attention, but it was Knoxville’s unofficial mayor, Davis Tarwater, that got the biggest cheers from the crowd.