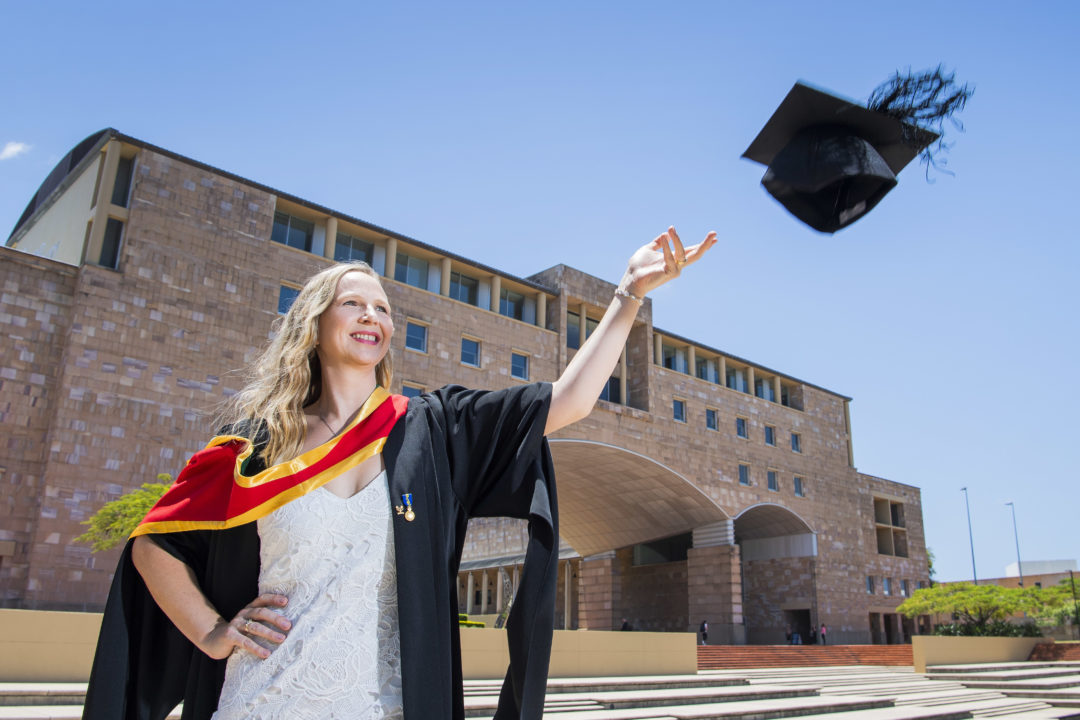 Two-time Olympic champion Melanie Wright is officially a doctor after graduating at Bond University today, December 1st. Dr. Wright said she had dreamed of the moment long before she embarked on a glittering swimming career that yielded five Olympic medals.

“I started out as a kid wanting to be a doctor, well before I wanted to go to the Olympics, so to get to this point is pretty special,” she said.

“Dr. Melanie Wright still sounds funny and I’m not sure I will get used to it any time soon.

“It’s similar to when I won a gold medal. People call you an Olympic champion and it just sounds funny. Even now years and years later it still does.”

The role model said she was looking forward to being known for something other than sport.

“I realised when I swam that you can be inspiring, especially to kids, and it’s really rewarding,” Dr Wright said.

“But healthcare is one of those professions where you can change people’s lives.

“It’s a buzz to get the piece of paper today.”

During that time she had two children, Madison and Thomas, with husband Chris Wright who is also a former Olympic swimmer.

“It is a bit surreal to be honest. A five-year (Medicine) degree is a pretty long journey and at the start you envisage this day but you are not sure when it is going to eventuate.

“It’s been busy. About six months after I started the degree I got pregnant with my first child and five years later I now have two.

“I was studying full-time, at the hospital with full-time working hours, studying outside of that and raising two kids so I’ve certainly learned some time-management skills.”

Dr. Wright said the journey had been tough at times especially when morning sickness during her pregnancies turned into all-day sickness.

“There were periods of time I didn’t think I’d get here but honestly Bond could not have been better throughout the whole degree,” she said.

“When my first baby Maddy was born she came to a couple of lectures and group tutorials and even the students have been so supportive.”

The 34-year-old will move her family from their Southport base to live with her parents on the Sunshine Coast where she will start her internship next year.

“The Gold Coast has been my home for 11 years and it will always hold a special place for me,” she said.

“My two kids were born here, I got married here.

“I grew up on the Sunshine Coast and my family is up there so it’ll be nice to get close to the grandparents.

“We’ll be moving in with mum and dad for a few weeks until we find a house and I know they are excited about it. Hopefully, they don’t get over it too quickly with two young babies running around.

“My whole family will be up on the Sunshine Coast for Christmas which we haven’t done for a long time.”

Mel, our entire family is SO PROUD of you and all of your amazing accomplishments. Hugs from CT!

This is awesome. Well done Mel!