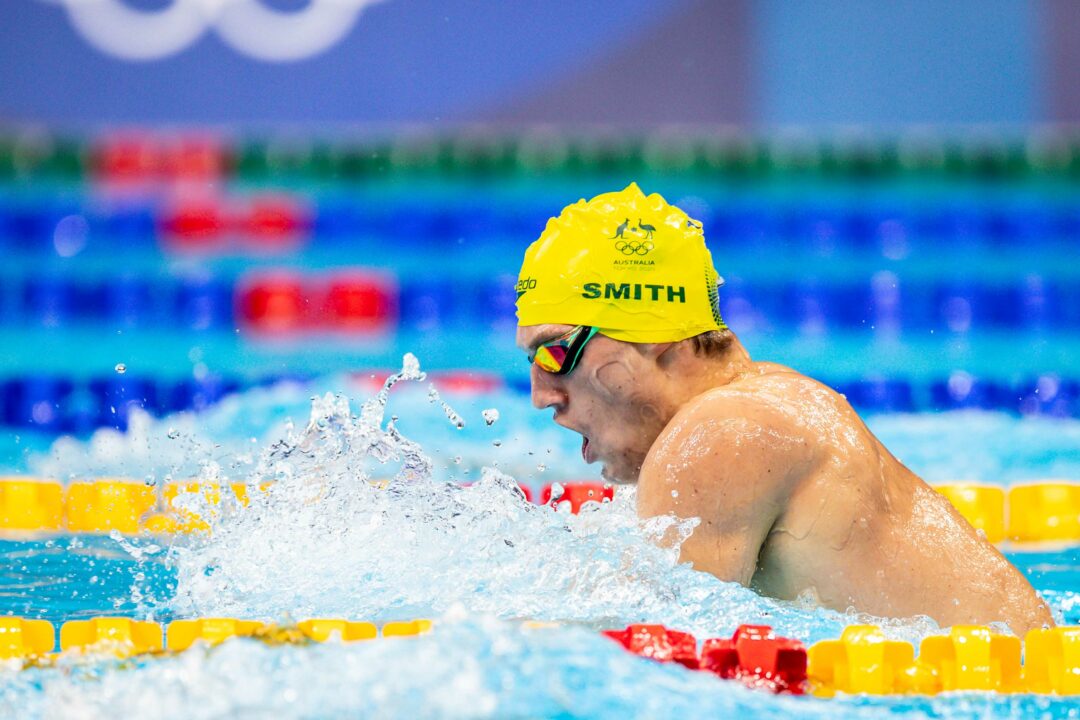 21-year old Brendon Smith, the bronze medalist in the 400 IM at the Tokyo 2020 Olympics, has chosen a new coach after his former coach retired. Archive photo via Jack Spitser/Spitser Photography

The post-Olympic change comes after his former coach Wayne Lawes at Nunawading retired. Smith says that Bohl was the most similar coach for the way that he trained at Lawes.

Smith’s 4:09.27 from the heats of the 2021 Australian Olympic Trials is the national record in the event.

Australia has seen a massive coaching carousel since a successful Tokyo 2020 Olympics that saw them earn their highest medal counts ever, and with 9 golds and 21 total medals, more than they had won at the previous two Olympic Games combined.

Among the other swimmers currently training at Griffith are Emma McKeon, the country’s most-decorated Olympian ever, Emily Seebohm, highly rated teenage swimmer Lani Pallister, distance ace Mack Horton, and a handful of other national-caliber athletes. Horton also moved to Griffith after the Olympics.

Bohl and Griffith are considered to be the front-runner as the new permanent training home of Australia’s other top performer from the Tokyo 2020 Games, Kaylee McKeown, after trial periods with a number of different coaches, but she has not yet confirmed that news. McKeown posted on Monday a happy Valentine’s message to Smith.

Smith has raced for the New York Breakers of the International Swimming League in each of the last two seasons. That includes 2020, when the vast majority of Australian swimmers stayed home amid the height of the COVID-19 pandemic.

In the 2021 season, Smith was the Breakers’ second-best contributor, behind fellow IMer Abbie Wood. He ranked 36th league-wide in MVP standings at the conclusion of the first round of matches in Naples, Italy.

Wasn’t Smith’s 4:09.27 NR from the Olympics (heats) instead of Aussie trials?

Yes I’m sure it was at the Olympics

Kaylee’s club has been changed to Griffith University on the Swimming Australia website.

If Brendon Smith confirms moving there then Kaylee McKeown is definitely there as well, for personal reasons that can be found in Kaylee’s Instagram post today. 😉

Yes, they are both there.