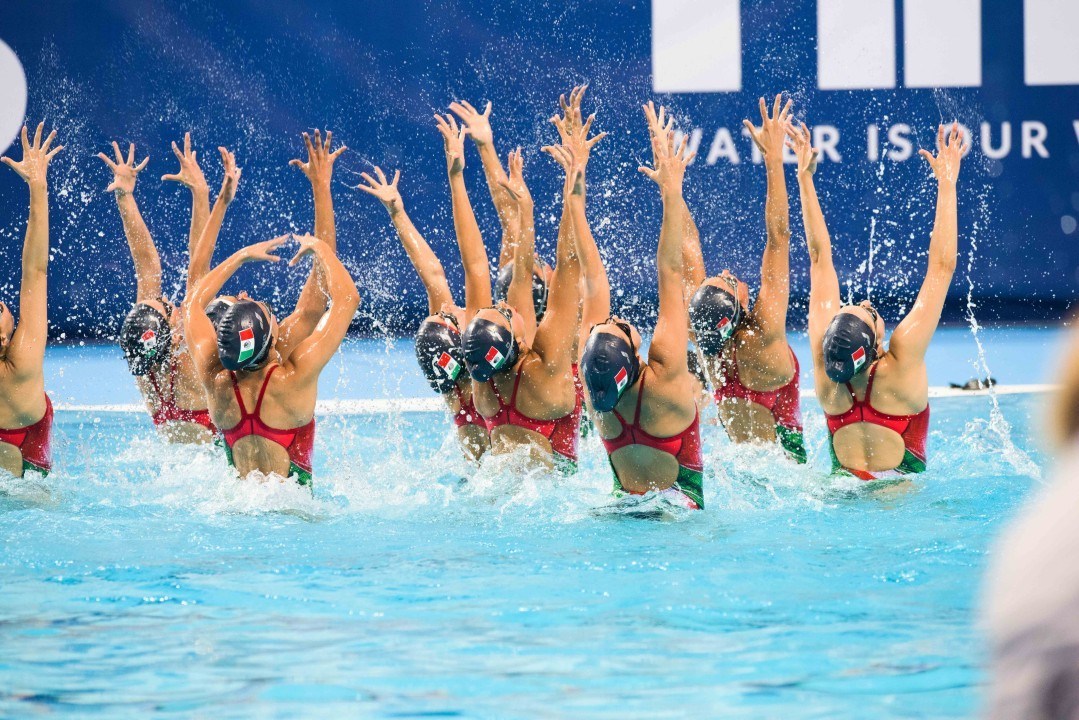 The Ohio State synchronized swimming team opened the 2018 season on Saturday by winning the OSU Zero Waste Dual meet against Michigan. The Buckeyes finished with 96 points, beating their arch-rivals who finished with 58.5.

Laila Huric was the first routine of Ohio State’s season, and her solo routine scored an impressive 79.6333, giving her 1st place among the soloists. She only slightly bested her teammate Breanna Malone, who scored 72.6333 and was awarded 2nd place in the category.

In the duet, the Buckeyes swept the podium. Shea Ramsey and Rachel Warren posted a 72.8000 and finished second, narrowly ahead of their teammates Phoebe Coffin and Sarah Walsh who earned the third-best score in the event at 71.2667. Alyssa Hoying and Monica Velazquez-Stiak were the best of the duets with an 82.1667.

The trio routines featured a pair of outstanding performances by the Buckeyes. Hoying, Velazquez-Stiak, and Noelle St. John took first place with a score of 79.8333 and Huric, Wenjing Deng, and Rachel Jager were just behind them with a score of 77.7667.

Of course, the biggest winner of the day was the Zero Waste Initiative as this event served as the 5th-straight zero waste event at McCorkle. The Buckeyes will continue to proudly strive for zero waste at every home meet inside the natatorium.

The Buckeyes will showcase their team routines for the first time this season on Saturday, February 3rd, when they host the Jessica Beck Memorial Meet inside McCorkle.