Notre Dame Hits the Road for Dual with Louisville 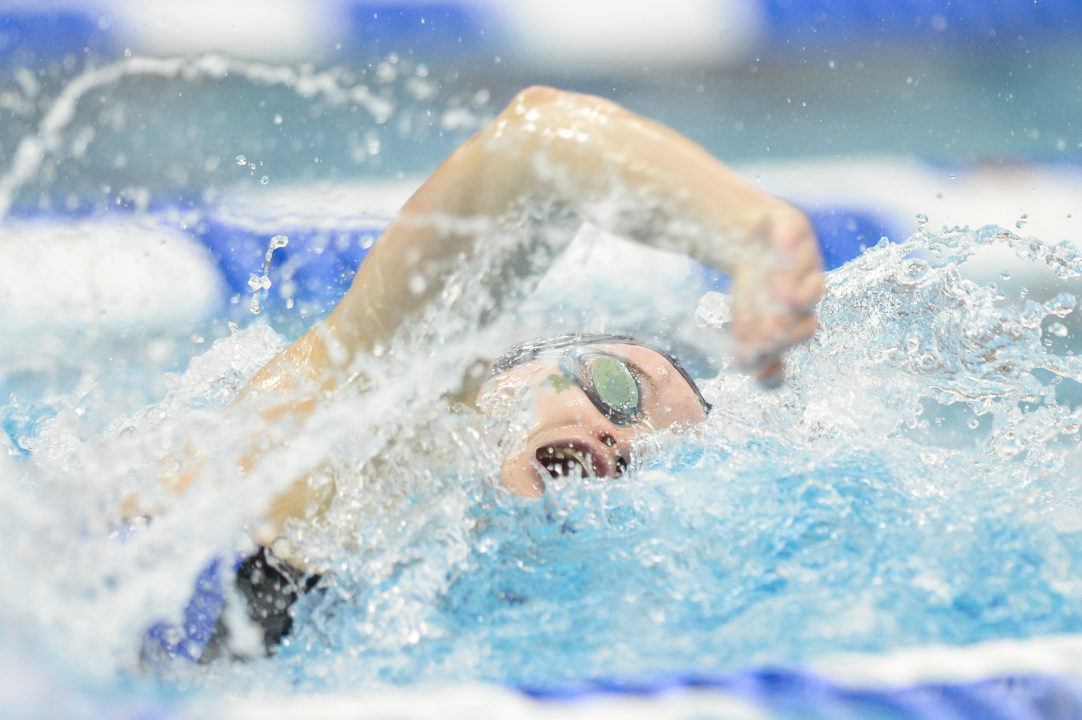 The Notre Dame Men (2-2) and Notre Dame Women (2-2) swim & dive team will travel for a dual meet with the Louisville Cardinals on Friday. Current photo via Notre Dame Athletics

NOTRE DAME, Ind. — The Notre Dame Men (2-2) and Notre Dame Women (2-2) swim & dive team will travel for a dual meet with the Louisville Cardinals Friday, coming off decisive wins by both sides against in-state rival Purdue.

LAST WEEK:
The Irish men prevailed 181-119 over the Boilermakers, led by sophomore Zach Yeadon with three wins on the night. Yeadon was victorious in the 200 and 100 freestyles, and combined with Cason Wilburn, Aaron Schultz and Sadler McKeen to win the 400 free relay.

Freshman Coleen Gillilan and senior Abbie Dolan led the Irish women with outstanding performances in the 168-132 team victory. Gillilan collected four total wins, including NCAA ‘B’ cut times in all three of her individual events, and was named ACC Women’s Swimmer of the Week for her dominant performance.

“Purdue was putting the cap on our fall break training camp, and the team responded very well to the training that week,” Notre Dame head coach Mike Litzinger reflected. “Now, we’re kind of back into a groove with school and weekend dual meets, with Purdue last week, Louisville this week and Pittsburgh next week.

Litzinger’s Scouting Report: “Louisville is a well-respected team, not only in the ACC but nationally. It’ll be a highly-competitive meet, and whenever you have the chance to swim against an ACC opponent during the year, you know you’re going to get another look at them again at the championship level, so this is really good for both teams to have that kind of competition during the year. You kind of measure yourself a little bit within the league when you have these opportunities.”

Louisville enters the meet as Notre Dame’s second ACC foe of the season, following Florida State in the Irish season-opener in October. A former fellow Big East member, the Cardinals will pose a threat in multiple aspects of their attack, according to Litzinger.

“We’re certainly going to have our work cut out for us, being on the road and them swimming at home,” Litzinger explained. “But, what I’m looking for from our team is just to step up and embrace competition, and if we do that, I think we’re going to be in good shape.”

The Notre Dame head coach said that he looks forward to seeing the sustained consistency from swimmers like Gillilan, Yeadon and Dolan, while also seeing Irish performers like Luciana Thomas, Jack Hoagland, Liam Hutchinson and Wilburn continue to step into more prominent roles in the pool.

The Irish will take the pool Friday at 5 p.m. Live timing will be available online and on Meet Mobile. Follow along with @NDSwimDive on Twitter for updates.