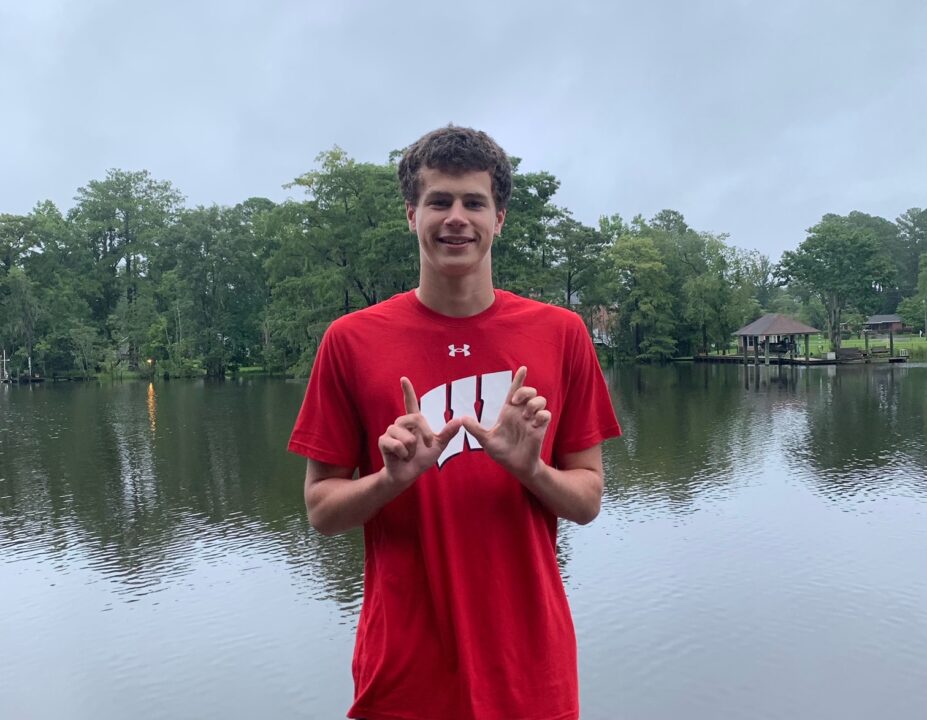 Charlie Jones has verbally committed to the University of Wisconsin for the fall of 2022. He specializes in butterfly and distance freestyle. Current photo via Charlie Jones

Charlie Jones, a North Carolina state champion, has verbally committed to the University of Wisconsin beginning in the fall of 2022.

Jones won the 200 free at the North Carolina Independent Schools Athletic Association Division III State Championship. He is a senior at The Epiphany School, and he swims club for East Carolina Aquatics.

“I am so excited to announce my verbal commitment to swim and study at the University of Wisconsin! Thank you to my friends, family, coaches, teammates, and anyone else who has helped me get to where I am in my career. Could not have done it without you! #GoBadgers”

The University of Wisconsin is a member of the Big Ten conference. At the 2021 Big Ten Championships, Wisconsin placed fifth out of ten teams. According to the team’s top 2020-21 times, Jones would have the fifth-fastest 100 butterfly and 200 freestyle on the squad.

At the Big Ten Championships, Wisconsin had two swimmers make A finals in the 100 butterfly — Wes Jekel, who will be a senior when Jones joins the team, and Erik Gessner, who will graduate this year. In the 200 freestyle, Wisconsin didn’t have any swimmers in A finals. Joshua Dannhauser, who made the B final, is graduating this year, and Jacob Newmark, who made the C final, will be a junior when Jones joins.

Jones will have the opportunity to fulfill a 200 freestyle need for the Badgers, and to add depth to Wisconsin’s team in the 100 butterfly. He’ll join 2022 commits Colin Senke, Zach Ward, Michael Long, and Taiko Torepe-Ormsby.