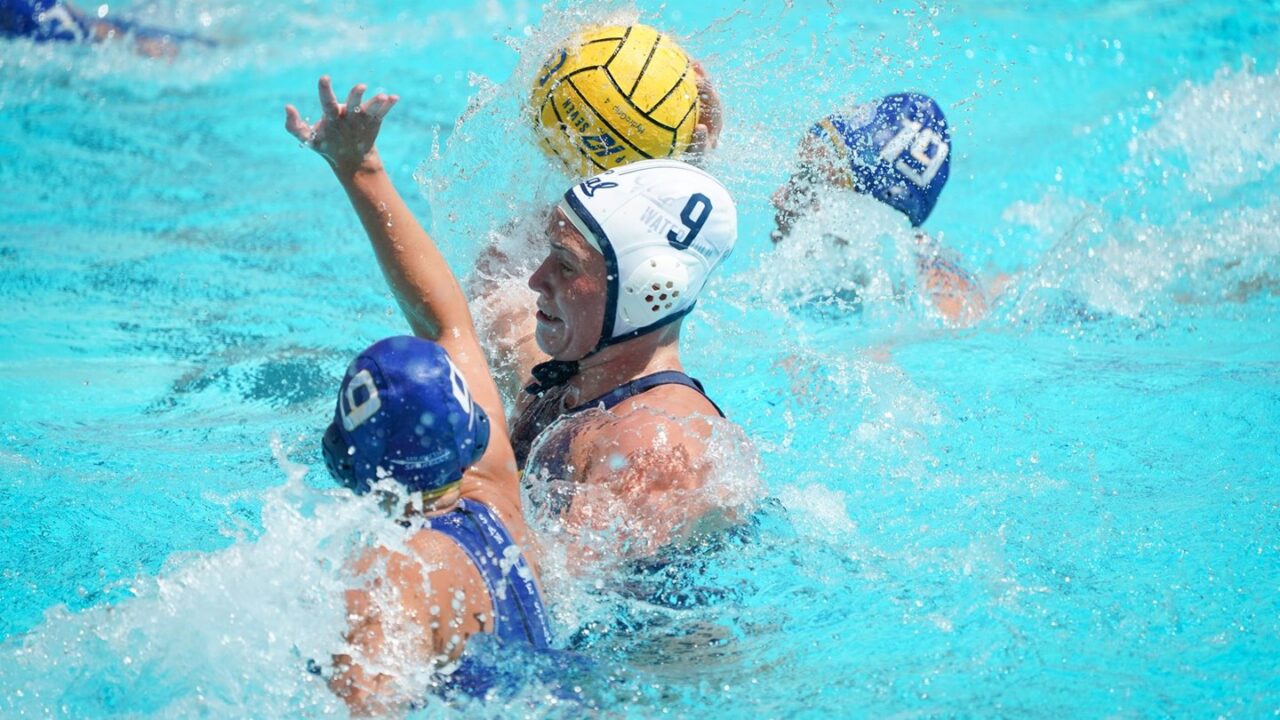 Kitty Lynn Joustra recorded her first hat trick of the season and drew six exclusions as Cal held SJSU scoreless in the second half in a 11-2 rout. Current photo via Catharyn Hayne/KLC fotos

SAN JOSE – All-American Kitty Lynn Joustra recorded her first hat trick of the season and drew six exclusions, and the No. 4 Cal women’s water polo team held No. 16 San Jose State scoreless in the second half in an 11-2 rout at the Spartan Recreation and Aquatics Center.

Joustra, who was one of the Bears’ top scorers during her first two seasons at Cal but had just four goals through her first seven games this season, registered goals on back-to-back possessions early in the second quarter to help Cal build a 4-1 lead. Joustra scored the final goal of the third period to give the Bears a 7-2 advantage.

Joustra, who missed the first five games this season due to injury, now has three games this year with at least six earned exclusions. Her seven earned exclusions at UCLA on March 7 is the most in a game this season by an MPSF player. She earned a penalty shot in the second quarter Sunday, which was converted by junior Elli Protopapas. Joustra also drew three penalty shots during Saturday’s 12-7 over the Spartans.

“It was nice to see her game come to full fruition this weekend,” Cal head coach Coralie Simmons said. “She showed her strengths on both ends of the pool.”

Protopapas had another terrific all-around performance with two goals, two steals and an assist while center Grace Raisin also added a pair of goals.

The two goals allowed are the fewest the Bears (9-4, 4-4 MPSF) have surrendered in an MPSF game since a 10-2 win over Arizona State on March 5, 2004. It’s the second time in the past four conference games that Cal has held an opponent to three goals or less.

“At the beginning of the season we talked about wanting to be a well-balanced team,” Simmons said. “We knew we had the ability to get the job done on the offensive end with our personnel. We wanted to test our ability on the defensive end as well. I think we are showing we don’t need to rely on having to score to get the job done. It’s nice knowing we can play any kind of style in any given game.”

Cal goalie Cassidy Ball made four saves to give her 267 in her career and move her into sole possessions of eighth place on the program’s all-time list.

The Bears return home next weekend for a two-game series of the Big Splash against No. 2 Stanford. Both games begin at 1 p.m. PT.