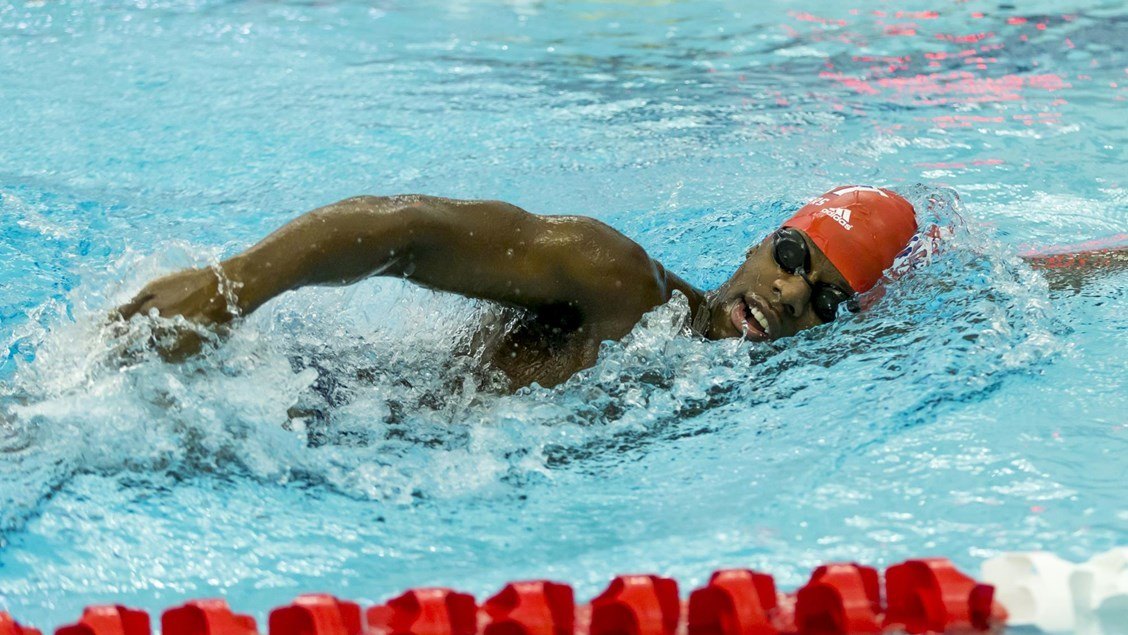 In addition, freshman Justin Andersen won the 1000 meter freestyle by posting a time of 10:18.71 and junior Cole Becker finished first in the men’s 1 meter dive ahead of senior teammate Avery Bechtel.

“This was our first meet in over six weeks and I was very pleased with how the team performed.  It was a very competitive meet and it was good to get the men up and racing again,” head coach Ron Farina said of the Highlanders’ performance.

NJIT will have three weeks off to prepare for CCSAs, which will take place February 20-23 at Liberty University in Lynchburg, Va.

NOTES & QUOTES
“We weren’t perfect today but I was pleased with the way everyone raced. We have some details to clean up in the next few weeks to be at our best for the MAAC Championships.”
– Head Coach Matt Nunnally

Austin D’Angelo took the crown in the 100-yard breaststroke, winning in 1:00.93. D’Angelo won his fourth race of the season and the seventh of his career.

Louise Barker‘s time of 5:30.21 was good for first place in the 500-yard freestyle. It was the first individual victory of Barker’s career.

UP NEXT
Monmouth will travel to Buffalo, NY for the 2018-19 MAAC Swimming Championships. The four-day event begins on Wednesday, February 13 at Burt Flickinger Center at Erie Community College.