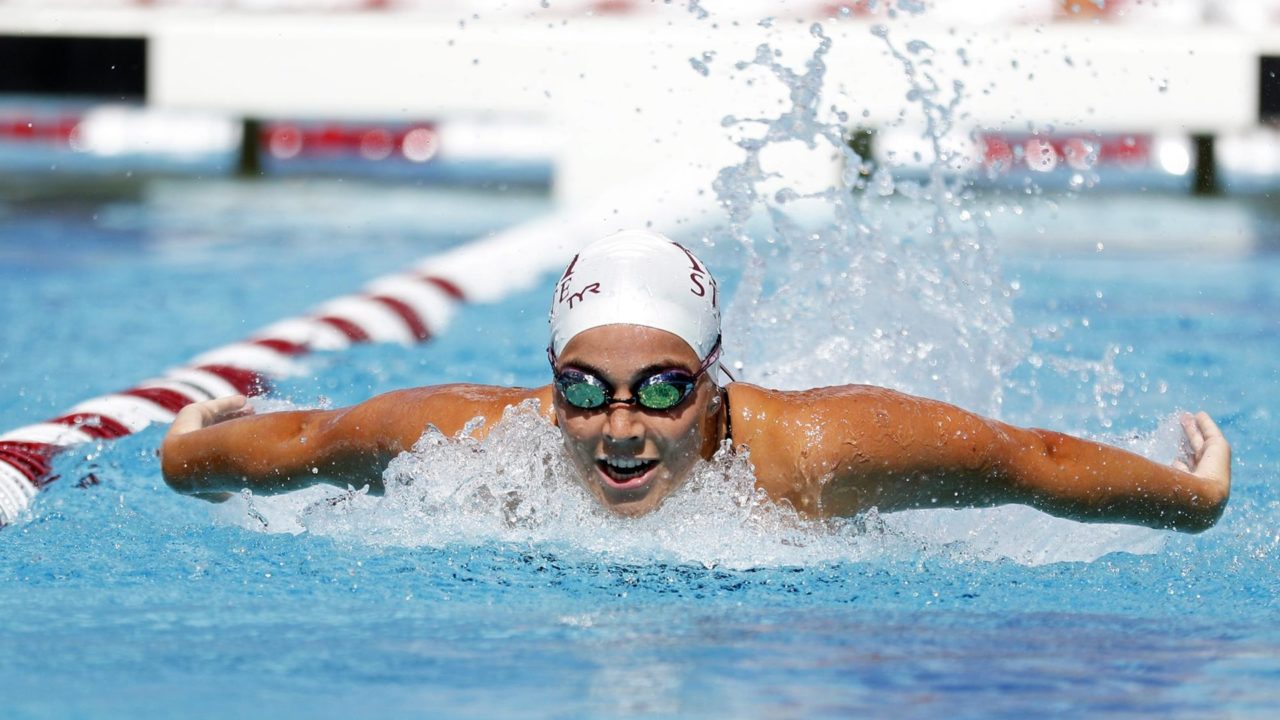 “I’m really proud of our team, this meet was a great experience and should give us loads of confidence leading into the second half of the season,” said head coach Rick Pratt. “I was surprised with the speed we had and our relays were better than ever at this point of the year.  The weather at times was challenging, but we weren’t affected much by that and showed great focus and grit through that.  Our Seniors also really lead well and our energy was infectious, overall it was a lot of fun and we’re excited to continue improving.”

Entering the day with a 107-79 lead, the Aggies stayed hot, setting the pool record 200 Medley Relay to start today’s session. Maude Boily-Dufour, Ashley Reynolds, Reagan Nentwich and Neza Kocijan finished in 1:42.96, nearly two seconds faster than their NAU counterparts. Katherine Harston followed up that performance with a win in the 500 Free (5:03.16).

To wrap up the day, NM State’s 400 Free Relay squad of Airam Oliva-Aun, Aimee Burton, Lauren Hemburrow and Kocijan set their own pool record with a blazing 3:25.37.

Meanwhile at the Phil Hansel Invitational in Houston, Lily Ellis and Italia Aranzabal competed in the platform event. Aranzabal finished with a 151.15 and qualified for consolation finals.

“Platform today went very well,” said diving coach Miranda King. “The last couple of days was the first exposure Lily and Italia have had to platform this season and today was Italia’s very first time competing platform. The girls both completed an easy, solid list and held their own. Italia made it into consolation finals and improved her preliminary score by almost 17 points. It was a great weekend overall and I am excited to spend the next few days training here in Houston before the girls have a few days off.”

The Aggies will now head to San Antonio to take on Incarnate Word on Monday, Dec. 16.

“We had some strong individual performers today, but overall as a team we were not as sharp as we’ve been in the past going into the meet,” head coach Andy Johns said.

Lainie Bell and Fernanda Montiel brought back three points for NAU in the 200 backstroke, earning fourth and fifth place respectively. Bell swam at 2:05.83 while Montiel was 2:06.11.

“NMSU was better than us in all three sessions,” Johns said. “We have to get healthy, some hard work over the next six weeks and see where we can get to come second semester. ”

The Lumberjacks will return to the pool January 2-3 at the University of Arizona to swim against Northwestern University, New Mexico State again, and Arizona.