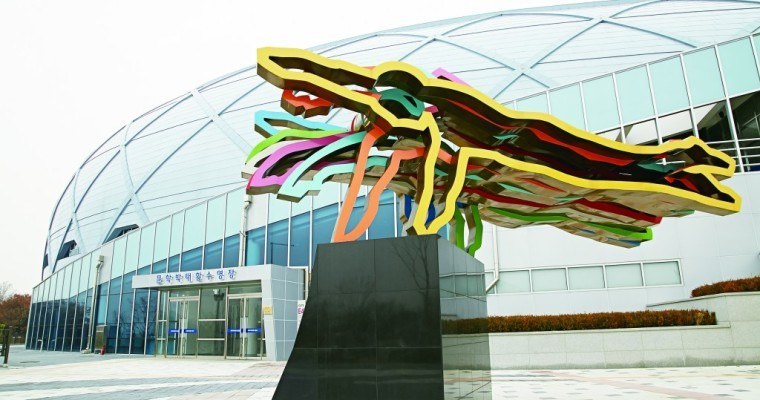 The last edition of the Asian Games took place in Incheon, South Korea in 2014. Nagoya, Japan, located within the Aichi Prefecture, announced it may submit a bid to host the 2026 version of the multi-sport event. Archive photo via Courtesy of the Incheon Asian Games 2014 website.

Rikako Ikee Aims To Return To Racing In October

19-year-old Rikako Ikee spent most of 2019 in a hospital undergoing leukemia treatments. Now back in the pool, she’s aiming for an October racing return.

The Aichi Prefecture of Japan will soon be formally submitting its bid to host the 2026 Asian Games, according to a statement released today by its Governor, Hideaki Omura.

Located within the Tōkai region, Aichi’s capital is Nagoya, Japan’s 3rd largest city.  The metropolitan area would serve as the primary hub should the bid be successful. If Aichi indeed wins the right to host the 20th edition of the Asian Games, 2026 would represent the 3rd time Japan has hosted the event. Hiroshima was the site of the 1994 version of the Asian Games, while Tokyo played host to the 1958 version.

A highlight of Aichi in particular is the region’s plan for magnetically-levitated train technology. Central Japan Railway Company has plans to develop the nation’s first ‘maglev service’ between Tokyo and Nagoya in 2027.  Maglev is short for ‘magnetically-levitated train technology’, a transport method using magnets to create both propulsion and lift of guided vehicles.

With the Games scheduled to take place one year earlier than the 2027 maglev launch, Omura said in his statement that he ‘may request that the Games be delayed by one year to take advantage of the maglev service launch.’

The Aichi Prefectural Government plans on selecting the specific sports fields and additional competitive venues within the 2016 fiscal year, with the Olympic Council of Asia deciding on the winning bidder around 2018. Jakarta is scheduled to host the 2018 Asian Games, with Hangzhou, China next to host in 2022.

Another Japanese city, Tokyo, is slated to host the 2020 Summer Olympic Games, but has been in the news as of late due to stadium design difficulties, escalating overall costs, as well as a logo plagiarism situation.