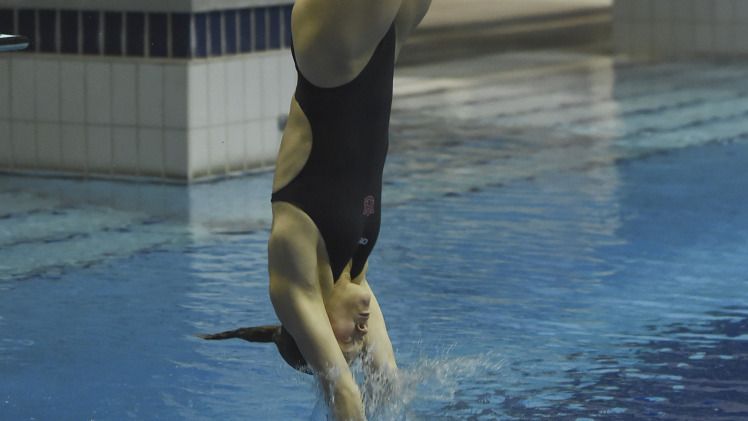 Scott Lazeroff won the platform competition for the second time this season and Alison Maillard earned a runner-up finish to close out the Auburn Diving Invitational on Monday at the James E. Martin Aquatic Center.

“I was pleased with the effort today,” head coach Jeff Shaffer said. “As I told the kids, the third day of a three-day invitational kind of gets taxing but they came in with a good attitude and performed well. I like where we are going.”

Maillard scored a 234.45 to earn her runner-up showing in the women’s event. Her highest-scoring dive was her third, an inward 2 ½ somersault tuck with a 2.7 degree of difficulty, scoring a 52.65.

“The quality of the competition was outstanding,” Shaffer said. “It gave us a taste of some of our SEC opponents and some of our zone opponents. It’s always a better environment to finish the fall season with a competition instead of just training. It elevates the focus.”

Maddie Cox posted a season-best 220.35 to finish fifth and complete a weekend in which she posted career-bests on both springboards.

Competing on the platform for the first time this season, Miranda Telmanik scored a 192.45 to place 13th while Claire Schuermann posted a 190.85 to finish a spot behind her in 14th.

The divers now break for the holidays and will return to competition Jan. 3-5 in Knoxville, Tenn., for the Tennessee Collegiate Diving Invitational. The swimmers will next compete on Jan. 7 at home against Texas A&M at 11 a.m. CT.