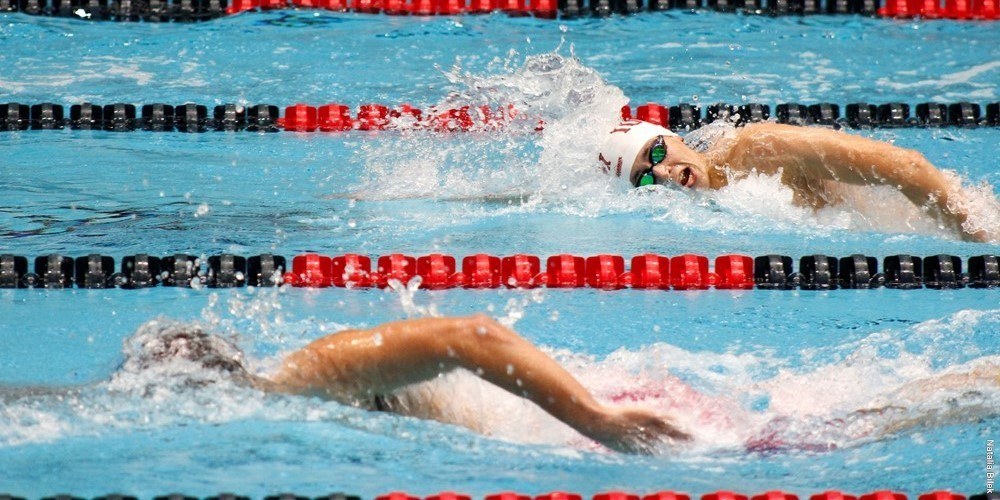 INDIANAPOLIS – A mammoth of an effort by a pair of thriving programs, the IUPUI men’s and women’s swimming and diving teams finished second overall out of 13 teams at the 2016 House of Champions this past weekend (Nov. 18-20).  The Jags received several highlight performances, including the creation of several new program records.

The Jags had several notable performances, starting with a strong tone being set by the women’s program Friday (Nov. 18).  Olivia Treski got the party started by setting a new program record in the women’s 500-yard Freestyle while winning the event, logging a 4:51.24 finish to establish the new mark.  Maranda Buha added to the day, winning the women’s 100-yard Butterfly by 0.01 seconds with a 54.76 time.  The mark is a new record for the Jags.  The pair of efforts aided the Lady Jags to a third-place finish with 374 points, while the men picked up 456 points while landing in second place.

The second day of competition featured another stellar performance by Treski, as the first-year Jag finished third in the women’s 200-yard Freestyle by setting a program record with a 1:51.36 mark, picking up 27 points for her team.  The four-person 200-yard Individual Medley Relay team, consisting of Eline van den Bossche, Claudia Crawford, Buha and Lauren Campbell finished second in the event with a combined 1:45.07 time, good for 56 points, while the men’s 800-yard Freestyle Relay team also earned 56 points.  John Ragsdell, Ben Levart, Josh Barajas, and Jackson Sandala finished in 6:42.55.

The same day, Krisztian Somhegyi put on a show in the men’s three-meter springboard event, finished in first place with a 359.30 score, nearly 55 points ahead of the next person.  Melissa Berger finished first in the women’s one-meter springboard with a 248.05 score.

Somhegyi would follow that performance with a Sunday (Nov. 20) demonstration of mastery in the men’s platform event.  Unofficial towards the teams overall score, Somhegyi earned a 372.10 finish, taking first place.

In the Sunday preliminary round of the women’s 200-yard Butterfly, Carmen Escalante Ruiz set a record time with a 2:04.29 finish, the second best time.  She’d eventually finish seventh in the finals round.  Treski once again went back to setting records, as she finished with the program’s best time in the 1650 Free at 16:47.80, while also setting another record in the same race.  Her split time at 1000 yards (10:06.06) was the fastest time as well in program history.

Ragsdell finished with the top time in the men’s 400-yard Individual Medley, logging a 3:57.59 time in the preliminary round.

All in all, this was a substantial showing for IUPUI against some of the nation’s most elite swimming and diving programs.  The Jags finished better than Green Bay, Evansville, UIndy, Lewis, Butler, Centre College, Western Illinois, Eastern Illinois, Bellarmine, and Birmingham-Southern on both sides.

The final events of 2016 for IUPUI will take place at the U.S. Swimming Nationals and the Miami (Ohio) Diving Invitational, both taking place Dec. 1-3.

For all the latest in news, scores, highlights, stories, and more, follow IUPUIJags.com.