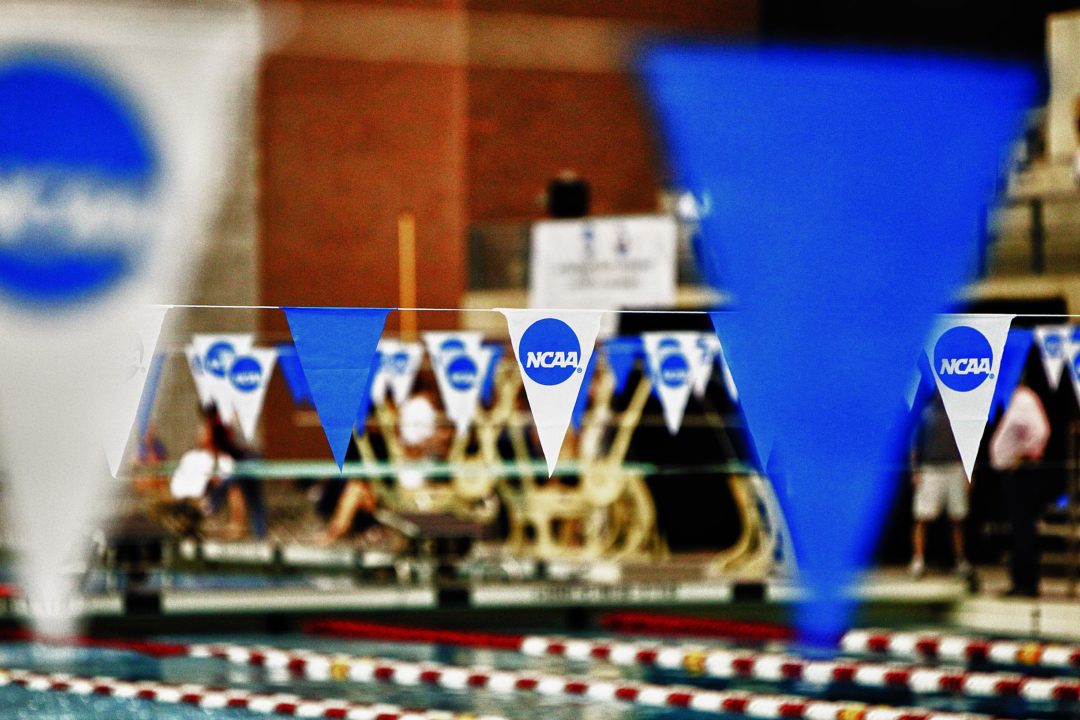 Emma Saunders has already put up the Crimson Tide's best times in the 100 and 200 free. (Photo Courtesy: ©Tim Binning/TheSwimPictures.com)

The University of Alabama is one of a handful of schools that picked up big mid-season additions to their rosters in January, with many of those additions being found in the very cosmopolitan SEC.

Saunders was the first big addition of the Dennis Pursley when he earned a committment for her last October. Pursley was formerly the Head Coach of British swimming, and Saunders is British.

Pursley said that Saunders is still getting her feet wet in the program and that it would still be a few months before they begin to see how she responds to the program; Saunders’ early value to such a young team even now cannot be overlooked externally.

Those wins included a victory in the 100 free over Missouri’s Cassie Cunningham (52.27), and both of her freestyle times are the best on the team this season. This is a wicked-young squad, though, as including Saunders, Alabama’s three fastest 100 freestylers are all freshmen.

Early times indicate that Alabama’s training is following a similar pattern to last season, without much in the way of a mid-season rest (for example, junior Kristel Vourna has only been a 55 in the 100 fly this year, but is capable of a 52).

With Arkansas’ women swimming very well this season, it will be a challenge for Alabama to climb above 9th at SEC’s from last season (they were 7th, plus two newcomers who should finish ahead of them in Mizzou and Texas A&M), but if all goes according to plan they should be able to hold off South Carolina for a spot in the single digits and look forward to future years under Pursley’s regime, as he’s already brought in another star (Australian Bonnie MacDonald) next year as well.

“We have a good group of recruits coming in next year,” Pursley said. “Emma’s versatility combined with next year’s freshman class will help us on all of our relays and will get us to the next level.”

Despite Saunders’ presence, the Missouri women went on to win that meet by a score of 162-138. Full results for that meet here.

Maybe the Tide will Get top 7 at SECs now?! Stop the press!