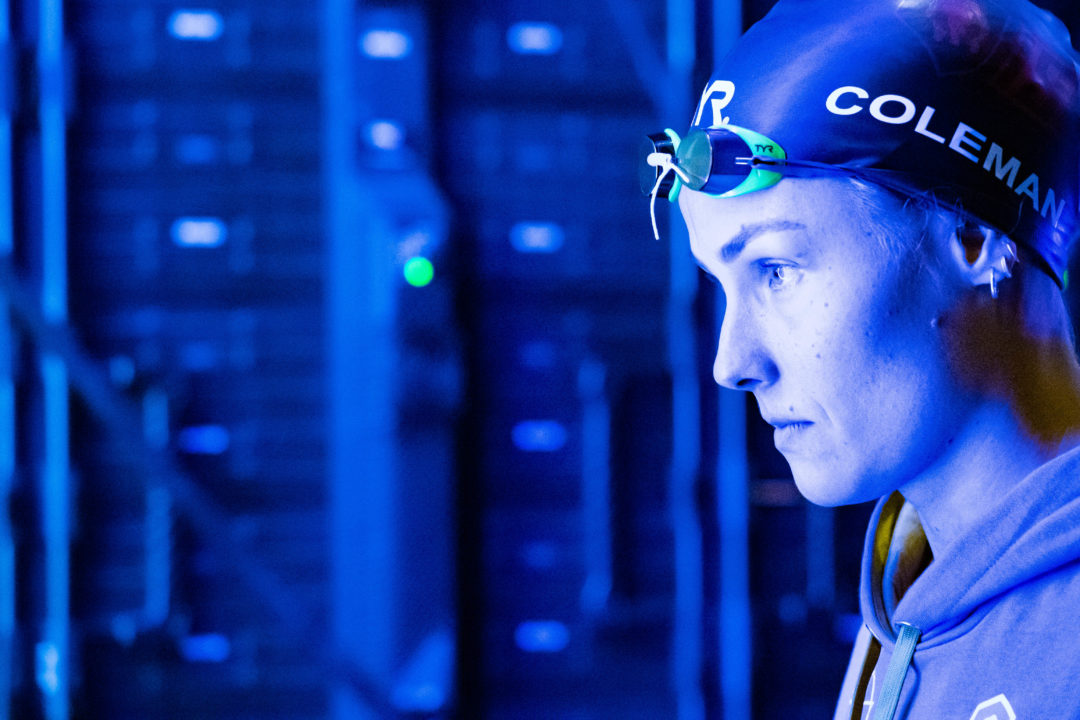 Swedish Olympian Michelle Coleman says that she's pleased with her consistency of results of late, but is ready to taper and pick up her final speed. Archive photo via Mike Lewis/Ola Vista Photography

Lotta Lybeck of the Finnish Swimming Federation contributed to this report.

The second day of the Helsinki Swim Meet in Finland started with women’s 100-meter freestyle. There, Sweden’s Michelle Coleman was the fastest of the heats with a time of 54.95.

Coleman’s 53.04 from a 2019 World Cup meet qualifies her for the Olympic Games by FINA’s standard, though in their latest update, the Swedish Olympic Committee has still not added Coleman’s name to their lineup.

– The competition has been good training. Tonight I’m just going to try to get the backend 50-meter under 28, that’s my main focus tonight, to work on the backend half, Coleman commented on her meet to this point.

“It’s been good training. I always want to go a bit faster, but it’s been constant, so I’m happy with that, but I look forward to tapering up and getting that final speed.”

On Thursday Coleman won the 50-meter freestyle with the time 24.94.

In men’s 100-meter breaststroke Austria’s Christopher Rothbauer qualified to the evening’s finals with the best time of the heats 1:00.78. A tough final is expected for the evening’s final, when Finland’s Matti Mattsson (1:01.24) and German’s Marco Koch (1:02.84) challenge Rothbauer.