Michael Phelps To Switch Places with Sisters Whitney and Hilary 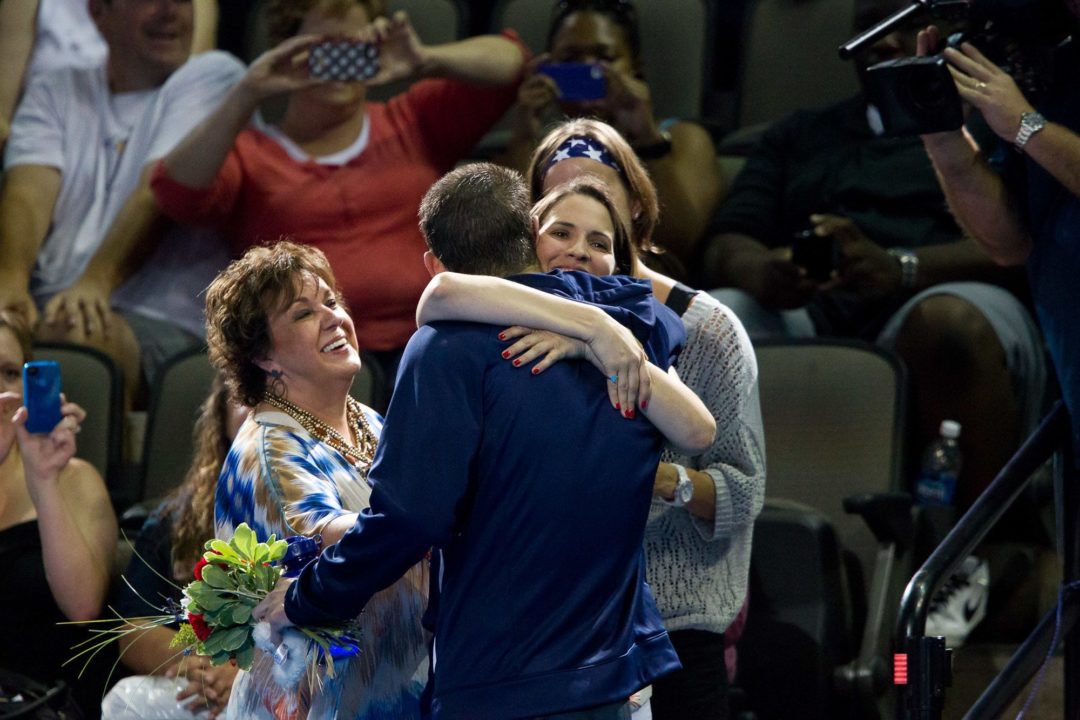 Michael Phelps is switching spots with his sisters, Whitney and Hilary, taking the cheering position along side mother, Debbie Phelps.

According to the Balitmore Insider, Michael’s sister Whitney is set to tackle the New York City Marathon in twelve days. On November 4th, Whitney will grind out the 26 miles while Hilary will run the 5k.

Since the 2008 Olympic Games, the Phelps Family ladies have been sports television fixtures, a crucial layer of drama, surely notching up network ratings among the key swim-mom demographic.  Consider it. What international swimming competition, from 2008 on, would have been complete without Whitney and Hilary sandwiching Debbie in a tensely nervous hug, Debbie clutching her chest, feigning near death, as Michael squeezed out another gold medal? (At Golden Goggles perhaps another award should be presented: Best Network Swim-Mom.)

Now it’s payback, and Michael’s taken on his duty with gusto. In addition to cheering his sisters on, he’s also been something of a part-time training partner.

In New York, on a Glamour photo shoot, Michael jumped in the pool with his sisters for a swim, and he hit the track with Hilary. (See it here.)  During the shoot, Whitney and Michael sat down and shared a few of their training secrets. Whitney said, “To avoid a training slump, change your scenery with a new route or a new place to start the run.” Michael’s advice wasn’t much of a surprise, “Get in the zone with music…and just have fun, that’s the biggest thing.”

SWIM NOTE: Michael wasn’t the first Phelps to shine. Sister Whitney was a former world-class 200 butterflyer. She won the national title in the 200 butterfly in 1994, securing her spot on the USA National Team. Whitney represented Team USA at the 1994 FINA World Championships in Rome, getting 9th in the 200 fly.

Heaven help if Michael wanted to get married some day he already his three women in his life,

That will make him a better spouse.

Her daughter is 7 years old, I think – time to show those Phelps genes and start swimming! 🙂