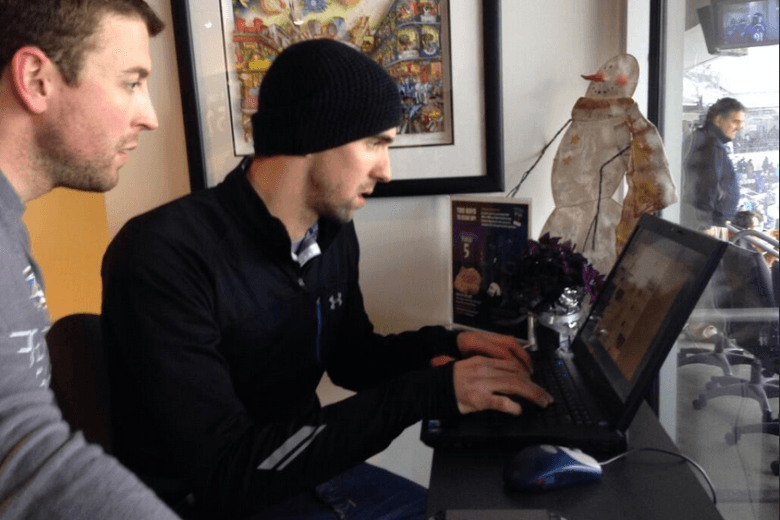 Michael Phelps is Baltimore through-and-through. He was born and raised in nearby Towson, is a huge fan of all things Baltimore sports, and in an era where Baltimore sports have performed very well, has shone as one of the city’s biggest sports figures.

Using the hashtag #MPtakeover, Phelps tweeted throughout the game as the Ravens won one of the wilder games in NFL history 29-26 on Sunday.

The game that saw blizzard-like conditions that had only 19 points scored in 58 minutes and then 42 in the last two minutes and five seconds, gave a perfect outlet for Phelps to go absolutely nuts over his home-town team. It would become the first game since the AFL-NFL merger in 1970 that 5 touchdowns were scored in the last 2:05 of a game, and also the first game in NFL history with six lead changes in the fourth quarter.

See the Ravens’ timeline below for a rundown of Phelps’ Tweets.

^ what u mean???
jump in the pool Michael.
we r dying to see you back in competition 😀

You can’t be a rocket scientist and 18-times Olympic champion, I’m afraid. You need to sacrifice something to be the best ever in what you do.