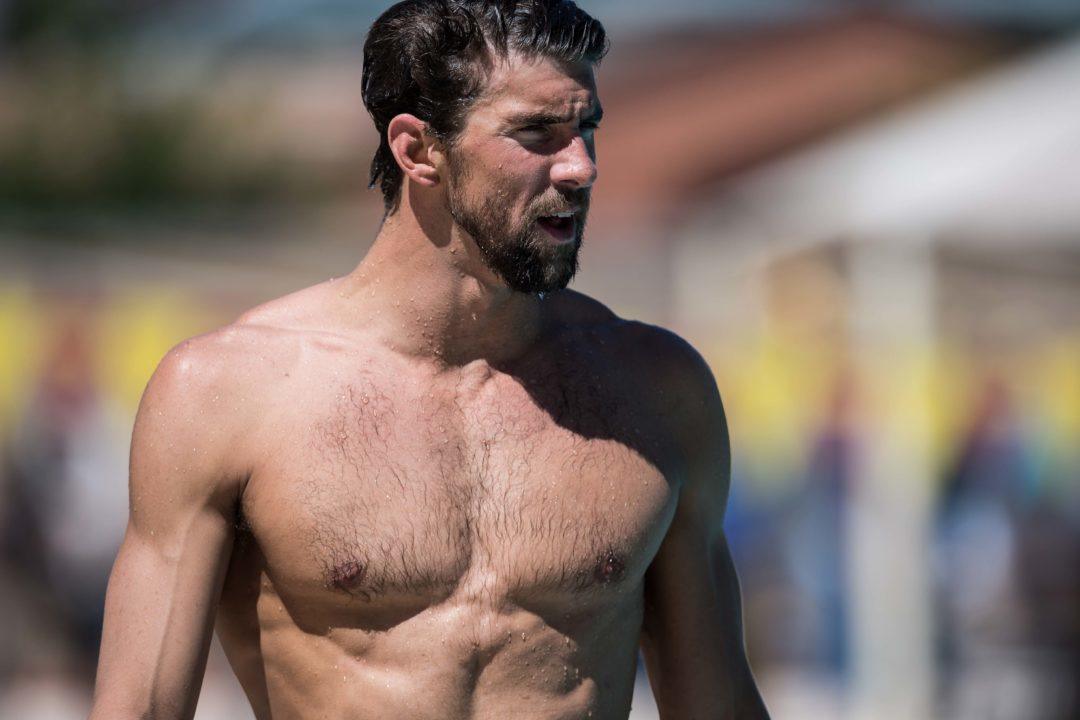 Michael Phelps' last pre-Olympic Trials meet will be in Austin, Texas, at the pool where he broke his first World Record 15 years ago. Archive photo via Mike Lewis/Ola Vista Photography

22-time Olympic medalist Michael Phelps will swim at the 2016 Elite Invite being hosted by Longhorn Aquatics at the University of Texas, he announced during an informal live-video chat with fans of his Facebook page on Tuesday.

Phelps, who is currently training at the Olympic Training Center in Colorado Springs, Colorado, said that he thought January’s Arena Pro Swim Series meet would be his last at a pool that holds such a significant spot in his career, but that he was planning to swim at the Elive Invite the first weekend of June.

That meet, which runs from June 3rd-5th, is the same weekend as the final legs of the USA Swimming-hosted Arena Pro Swim Series. The final leg of that meet will feature two meets hosted simultaneously: one in Santa Clara and one in Indianapolis.

This weekend is three weeks prior to the start of the 2016 Olympic Trials in Omaha, Nebraska.

Phelps also swam this meet as his final competition in the run-up to the 2012 Olympic Trials, where stars like Jimmy Feigen, Breeja Larson, Simone Manuel, Missy Franklin, and Allison Schmitt also raced.

Phelps broke his first World Record in the 200 meter butterfly in the University of Texas pool. On March 30th, 2001, he swam a 1:54.92 in the 200 fly when he was just 15 years and 9 months – the youngest man ever to set a World Record. Phelps has held that World Record ever since, but the time is now a 1:51.51 after 8 separate record-breaking swims.

Phelps is the owner of 18 Olympic gold medals and 22 total Olympic medals.

fast pool, excited to see Michael at this meet.

And with the PSS split at two pools plus this meet, it looks like SwimSwam staff will be busy that weekend!