Michael Phelps On Track To Win His 22nd Career Medal 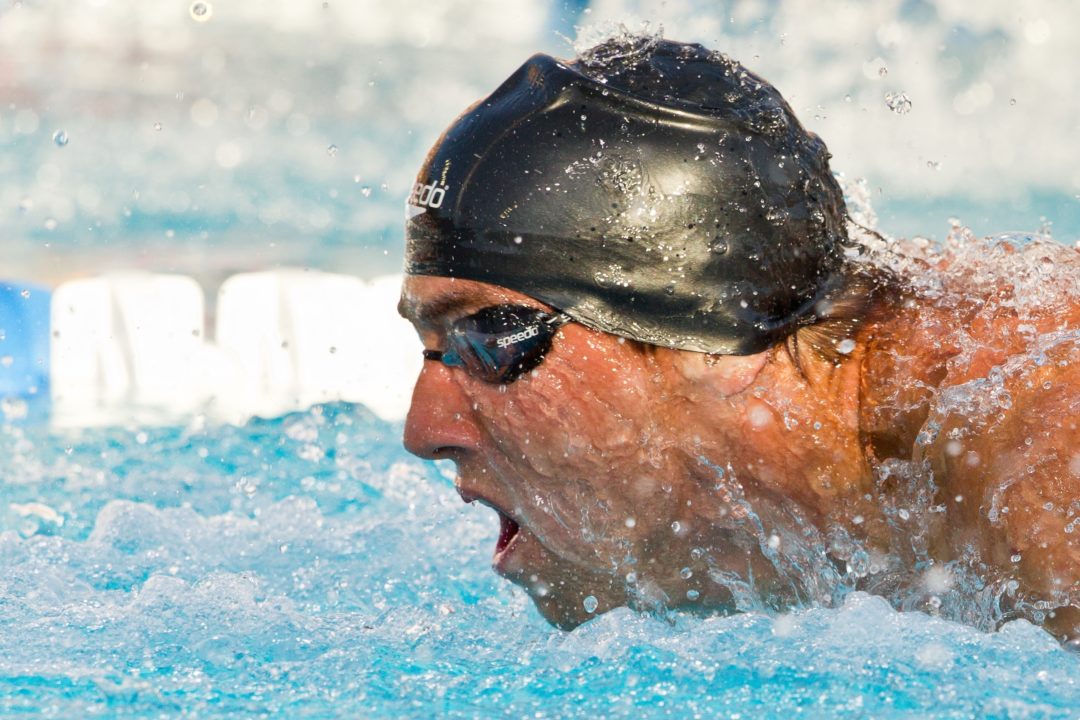 Phelps appeared confused at the finish of the 100 fly final, unsure for several seconds of how to react. His winning time, 51.21, was realatively slow.

Milorad Cavic, the 2008 Olympic Games silver medalist, finished just off the medal podium  in fourth place; however, he was out the fastest, clocking a 23.57 at the 50. The mere fact that Cavic was in the Olympic final is a success, considering his major back surgery.  After Cavic’s 51.45 European Championship win in the 100 fly this spring, Phelps said, “Cavic is back and he’s on my radar. You have to consider him.”

Mel, if you read these comments, THANK YOU from the bottom of my heart to you and the rest of the staff of SwimSwam.com for all of your hardwork! You really improved my enjoyment of the London experience by providing information about the events as well as a place for me to share my own ideas about the events and enthusiasm for the Olympics with other fans. I must add that the fact that the “streaming” video from NBC was horrible made this website even more of a godsend because I could fill in the blanks of what little I was able to see on NBC with the info. here. If I had to wait for the evening tape-delayed show… Read more »

I second that Mel!

I will add also that this website is the best in the world for it`s content , infos research , fun picks contest , and the sharing aspect for all fans around the world > Love and respect to the whole team >
Huge respect to Olympian M. Phelps for his records breaking and amazing legacy he will leave behind him > i knew team Usa would deliver a fabulous meet and they did with 3 WR`s and huge surprises + confirmations > Missy Franklin had a wonderful meet and Is the Women of these olympics with no doubt . 2 more golds from Usa are still to come …and i predict at least one world record ….Cheers from India

Still feel a bit upset for Lochte` s performances ….too much advertisement can`t bring him any good . I love his talent and what he brought to swimming but something is a bit weird in this meet for him so far , I wish for him some lessons learned and new growth .to be followed.
His relay anchor was not bad at all but did not bring gold for Usa`s relay > respect anyway for him .