Michael Jamieson On Missing His Targets, Dealing With a Swimming Slump 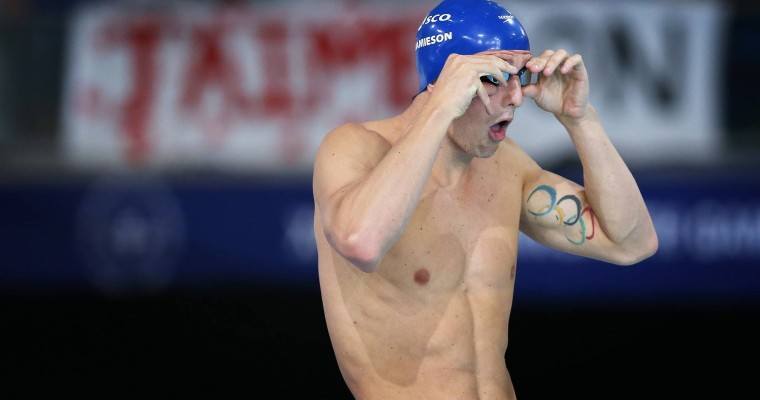 In following the British Swimming Championships that started this week, you may be wondering why a particular breaststroker’s name was... Archive photo via Photo Courtesy: Ian MacNicol/Scottish Swimming

In following the British Swimming Championships that started this week, you may be wondering why a particular breaststroker’s name was not closer to the top of the finishers.

Scotland’s Michael Jamieson burst onto the international swimming scene in a big way back in 2012 when he earned a silver medal in the 200m breaststroke at the London Olympic Games.  Jamieson continued his hot streak with a silver medal at the 2013 Short Course World Championships and was favored to win the same event at the 2014 Commonwealth Games.

But, things did not go exactly according to plan.  Up-and-coming breaststroke sensation Ross Murdoch swam away with the gold in the 200m breaststroke event at those Commonwealth Games, while Jamieson settled once again for silver.

What does Jamieson reveal as perhaps the trigger to his downward trajectory as of late? “The way I reacted to results last year was completely over the top,” Jamieson told BBC Sport. “I just blew it all out of proportion and ended up taking a huge break from the pool. I took too long to get over the disappointments of last year.”

Jamieson also describes the fact that he does not currently have “the block of work” behind him that he usually carries this time of year, which is impacting his mental fortitude at this meet.  “I enjoy swimming fast and love training hard, but when you’re not getting the targets you want, it just gets a bit more difficult and self-doubt creeps in more and more.”

At present, Jamieson is in jeopardy of making Great Britain’s World Championships team, with the men’s 100m breaststroke race yet to be contested.