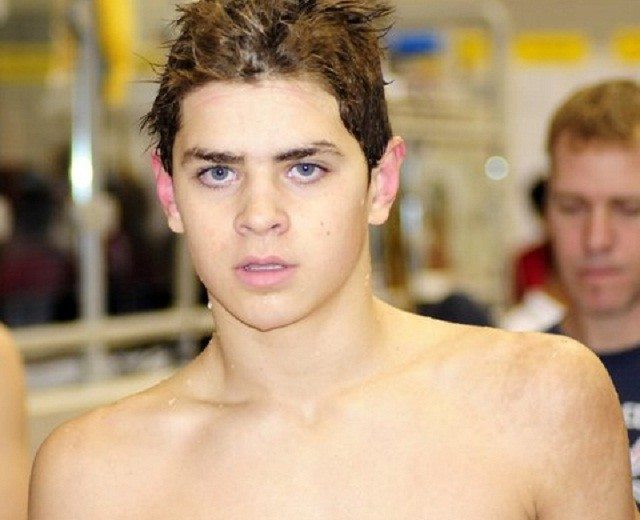 Michael Andrew was the fastest swimmer in two events this morning, but will have a challenger in the 200 backstroke.

The National Age-Group Swimming Association’s Showcase Classic kicks off today in Clearwater, Florida, and will highlight some of the best swimmers in the country in the 14 & under age groups (yards swimming).

Whenever you think 14 & unders, the first name that comes to mind has to be 13-year old Michael Andrew. He’s on the younger end of his age group now, but over the last few years has taken an incredible run at the National Age Group Record books. He started off the meet by placing as the fastest 13-year old in all three of his day 1 races.

He knocked four seconds off of his lifetime best in the 200 backstroke with a 1:52.69. That time ranks him 13th in the country this short course season among 13-14’s, and second-best among 13 year olds.

In the final, he’ll have to contend with 14-year old Matthew Hirschberger, who was the fastest swimmer in the morning at 1:52.18. Hirschberger a few weeks ago was the NCSA Junior National Champ in the 1000 free, where he also broke the NAG Record.

Showing a shift in focus toward more Olympic-oriented events as he ages, Andrew eschewed the 50 backstroke that was also on the meet’s first day in favor of this 200.

He did, however, take on two other 50 yard races. First he went a lifetime best of 26.78 in the 50 breaststroke; he followed that up with a 21.17 in the 50 free for the top seed there as well. A hallmark of Andrew’s swimming has been his ability to go best times or near-best times almost every time he gets in the water; that 50 is just two-tenths away from his personal record, for example.

He’s not the only young talent competing on the boys’ side of this meet, though.

Grant House from the Cincinnati Marlins was the best 14-year old in the 50 free with a 22.06. He had his big Ohio taper meet about a month ago, where he was about half-a-second faster, and will look to get down and challenge Andrew in the final. Colton Stogner from Illinois was the fastest 11-12 in the same event with a 23.35 – ranking him among the top 10 in his age group nationwide this season as well.

On the women’s side of the pool, a big early swim came at the hands of NBAC 13-year old Cassie Kalisz of those Kalisz’ in the 200 backstroke. She was easily the fastest swimmer at her age – though she’s still a good ways from her best time (this is her best race). Two of Kalisz’ older siblings, Courtney and Chase, have been major D-1 college swimmers, National Age Group Record holders, and international-level competitors.

The fastest overall 200 backstroker, though, goes to Regan Barney out of Nitro Swimming in Austin.  She put up a 2:02.08 in the morning heats; based on that level of improvement, we should see her 100 break into the ranks of 55’s later in this meet.

Casey Fanz from Poseidon Swimming in Virginia, was the fastest girls’ 50 freestyler in the morning with a 23.95.

Video coverage of the meet is available on FloridaSwimNetwork.com.

Don’t cover age group swimming. It will only encourage them to go faster.

I’m sorry if I seem rude by saying this, but are you Chas Morton, the incredible age grouper?

No, he’s just got a clever name. Nice to be remembered though.

Regan Barney won 100 back 13-14 (56.58) Texas Age Champs a month ago (as 13 year old). Great person and very good in all strokes. His backstroke entry is too smooth though – would like to see her entry faster and catch and pull faster. Her breaststroke is carbon copy of Rebecca Soni. Her best chances for great success/placements are IMs, in my opinion.