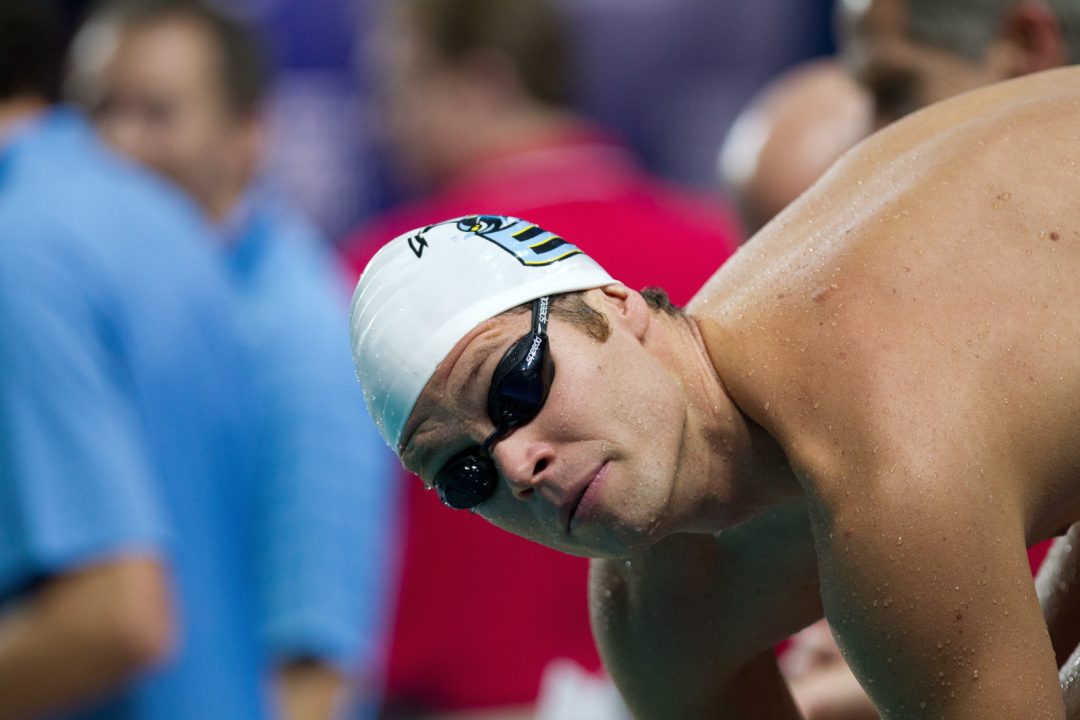 Dominik Meichtry is Swiss swimming. After finishing 6th in the 200 free at the 2008 Olympics, he gave Swiss swimming it’s biggest national hero.

But even he was overshadowed on the first day of the Swiss Olympic Trials, which kicked off Thursday in Zurich. That’s because Yannick Klaser destroyed his own National Record in the 200 breaststroke with a 2:12.99 in the finals. That cleared his old mark of 2:14.64 set back in 2009 in a rubber suit. After three years of not bettering his time, he went and knocked almost two seconds off of the mark that puts him in the top 16 in the world this year. That actually makes him the highest-ranked Swiss swimmer so far in 2012.

Klaser now has an Olympic consideration time, and will have to see where the rankings fall to decide whether or not he’s qualified – though his chances look very good.

Still, Meichtry drew most of the attention post meet, even though he’s racing clearly without much effort at this meet. He won the 400 free in a new National Championship Record of 3:51.07. That puts him in the world’s top-25, but he is capable of way better. That is, however, as fast as he’s been this early in the season (he’s known to have a big taper, even at USC where times are typically more centered throughout the season). Meichtry’s younger countrymate David Karasek had a solid swim for 2nd in 3:54.63.

Eligible to join those three at May’s European Championships is Jonathan Massacand, who was a 2008 Olympian, by way of his 55.80 win in the men’s 100 back.

In the women’s version of the 200 breaststroke, the Swiss got an enlightening swim from 15-year old Jennifer Bovay in 2:35.17. That qualifies her for the European Junior Championships.