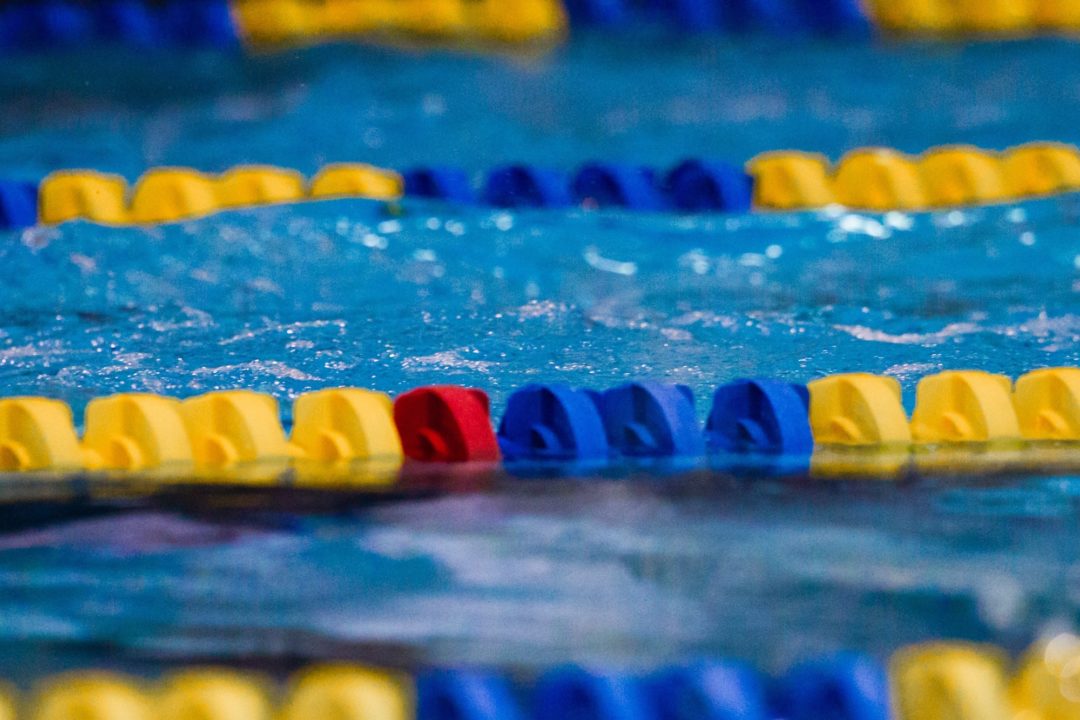 In anticipation of approaching Winter Storm Nemo and the estimated 2+ feet of snow it is expected to bring in...

In anticipation of approaching Winter Storm Nemo and the estimated 2+ feet of snow it is expected to bring in some areas of Massachusetts  the state’s high school Athletics Association has decided to cancel their Sectional Championship meets (the equivalent of a “district” championship in that state).

This has further riled the swimming community in a state that has been rocked by controversy in the last two years that included a boy being named a girls’ state champion, and the resignation and title stripping from one of the state’s most successful coaches over questions about his club team versus his high school team.

Whereas other championships expected this weekend, including 12 wrestling sectionals and a boys gymnastics meet, were pushed-back until after the storm, the boys and girls’ swimming and diving sectionals were just cancelled. All swimmers who had hit the state qualifying times will move straight to the State Championship meet, leaving no regard for those teams who had planned to hit their tapers and make their qualifying times at the Sectional meets. These cancellations will also hit hard those swimmers who aren’t fast enough for the State meet, but planned to use Sectionals as their big taper meet for the season.

The two girls’ state championship meets will be held February 16th at Springfield College and the boys’ meet will be February 17th at Harvard.

Local coaches and parents, like Bob Seltzer, have been quick to point out that Springfield College has been booked for Sunday, just in case such a delay comes up, and that the MIT pool has been booked for the other two sectional meets for Sunday as well. MIT, which has the capacity to run up to 20 competition lanes at once, could handle both the boys’ and the girls’ meets in a single day Sunday.

“We feel MIAA has not explored every possible avenue to ending the season for many of the kids,” Seltzer said. “The examples of MIT and Springfield College potential availability was not explored absent any definitive statements from the schools that they will not make their facilities available. Additionally, we have many other pools that could be used on Sunday since this a light weekend on the New England swimming calendar except for 1-2 last chance meets.”

Seltzer’s son has already hit his state qualifying times, but he, like many others in the area, are more concerned about those still trying to get to the cuts.

Coaches have been working with MIAA officials to arrange alternative plans, including mid-week meets for only those swimmers not already qualified for the state meet, but the MIAA won’t budge, saying that the cancellations are official.

Many Olympians have gotten behind the cause on social media, including Ryan Lochte, Katie Ledecky, Conor Dwyer, Elizabeth Beisel, Garrett Weber -Gale, and Chloe Sutton.

MIAA Winter State Championship qualifying times can be seen here, on page 7.
A Facebook page has been set up to support the return of these sectionals meets.

So back to some old issues- these HS’s that INSIST that kids train with their HS teams instead of club teams are now telling those same kids tough break guys. No meet.

So now on top of 2-3 months of no/scattered club workouts and potentially not going on a winter training trip, they don’t even get the payoff of being one of the 6 Sectional champions in each event?

What a joke MIAA Swimming is.

Here in Wisconsin we have a couple things going on. The girls and boys swim different season. Girls in Fall , Boys in Winter. And the only time you can qualify for the state championship (which is a timed final) is at the Sectional Meet. We do not have a time standard either.

Follow this closely. For the larger divisions schools (top 60% of participating schools enrollment), there are 6 sectional meets. The winner of an event automatically qualifies, and the then the next 18 fastest times qualify. So there are cases of the Top 24 kids not making the State Championship because a sectional qualifier was slower than the 24th kid.

If would be interesting if we could… Read more »

In Minnesota, swimmers must qualify for the HS state meet at sectional meets as well. Both Sections and State are Prelim/Final. There are 2 classes, and one Class A (the lower class including private schools and smaller public schools mainly outside the MSP Area) has 6 section meets, and Class AA has 8 section meets. Swimmers qualify based on time standards, and if less that 4 swimmers qualify based on the time standard in a section (at least for single a), the top 4 swimmers automatically qualify. Boys and girls also swim in different seasons.

Also, club coaches may not coach their athletes during HS season, high school swimmers must swim with their high school team. However, HS swimmers may… Read more »

wow, that’s pretty awful. i though maine was bad.

MIAA ruling on club swimmers on the HS team, is that they are not allowed to miss HS practice or meet for club. However say the HS cancels practice or there is no meet they are allowed to swim club. Also when boys and girls swim in the winter its because the teams are co-ed, but everything is still separate.

I feel horribly for the Mass. swimmers. I agree “these HS’s that INSIST that kids train with their HS teams instead of club teams are now telling those same kids tough break guys. No meet” It’s horrible.
I’m a senior from New Hampshire and my last chance to qualify for “meet of champions” (The finals of our state meet) was taken away as meet of champs was simply cancelled without a word otherwise.
Heartbreaking.