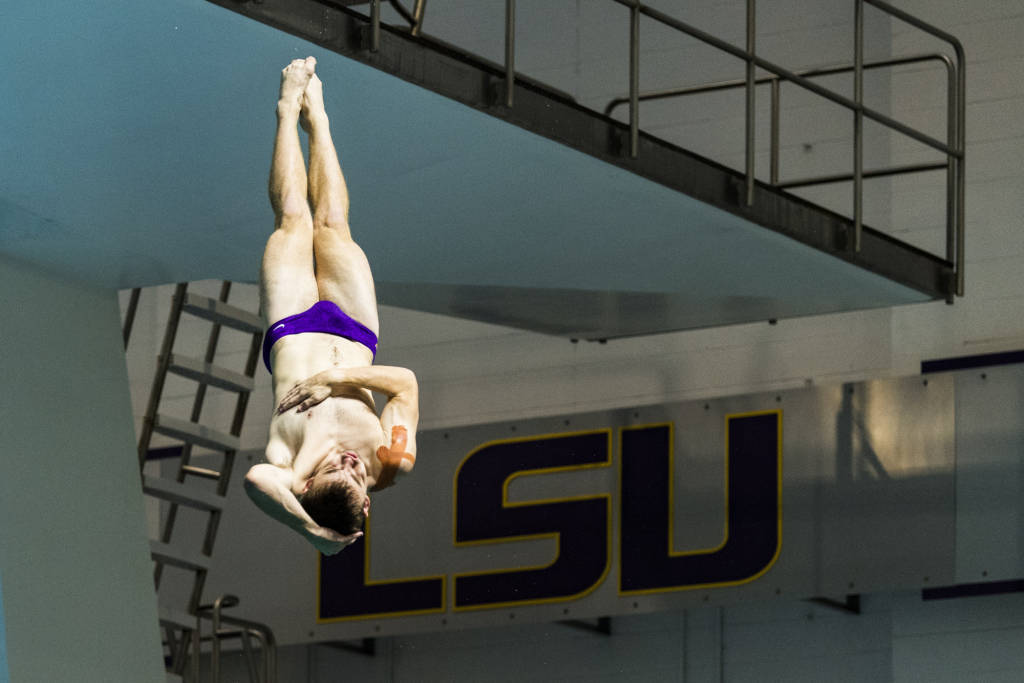 The LSU diving team will hit the road and head to Alabama to compete in the Auburn Diving Invitational. The event runs for four days, December 16-19. Archive photo via LSU Athletics

BATON ROUGE – The LSU diving team will hit the road and head to Alabama to compete in the Auburn Diving Invitational. The event runs for four days, December 16-19, and will be the last time the Tigers will compete in 2019.

Last time out at the Art Adamson Invitational, the Tigers put up a very strong showing against divers from Texas A&M, Air Force, Hawaii, and Stanford. For the women, Aimee Wilson notched two top-two finishes including a first place finish on the one-meter springboard with a score of 328.45. Wilson finished in second place on the three-meter with a score of 345.75. Her score of 378.30 in the prelims propelled her to second all time at LSU.

Montague, Tuxen, Vazquez Bas, and Hurbis will face off against divers from some familiar SEC foes. Divers from Alabama, Auburn, Florida, Missouri, and Tennessee will all be in attendance.