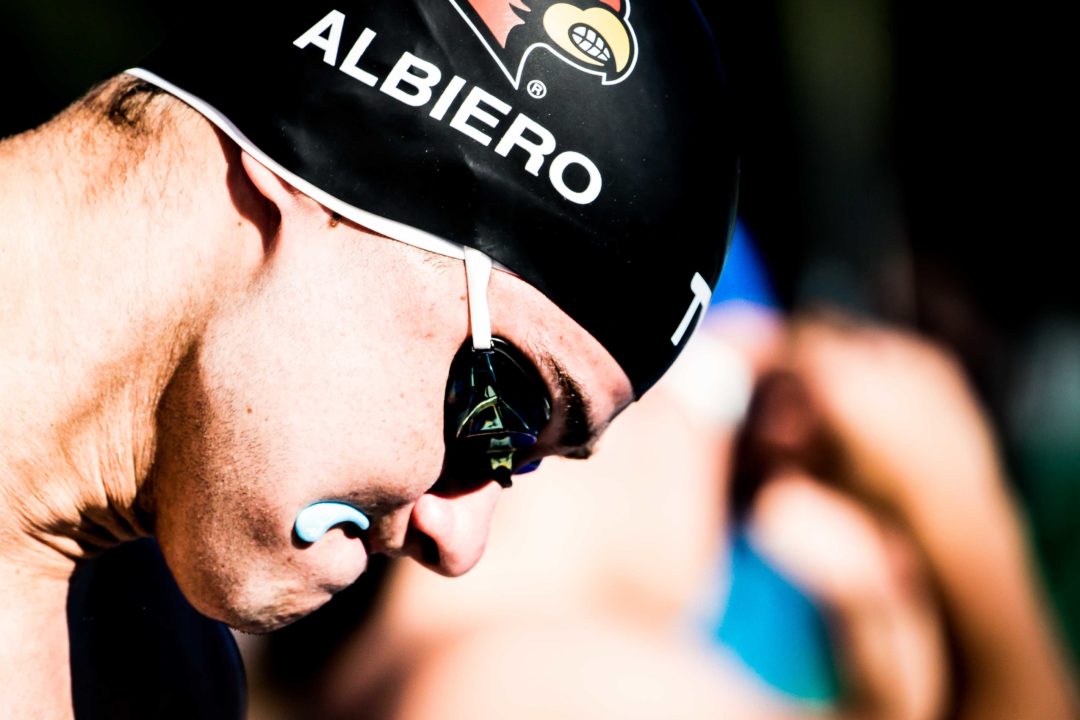 The defending NCAA Champion in the 200 fly, Nick Albiero, will return as one of 8 captains for the Louisville Cardinals next season. Archive photo via Jack Spitser/Spitser Photography

The University of Louisville has announced their captains for the 2021-2022, which includes 5 men and 3 women for a total of 8.

For the Louisville men, 5 captains will lead the team into their first-ever ACC Championship title defense season.

That includes 5th year senior Nick Albiero, son of Louisville head coach Arthur Albiero, who returns for an extra year of captaincy after one of the best programs in Louisville men’s swimming & diving history. Last year, he won the Louisville men’s 3rd-ever NCAA title by capturing the 200 fly in 1:38.64: a new school record and the 5th-fastest performance in history.

He also broke the school record and tied the ACC record in the 100 fly (44.32) and swam the butterfly leg on the Louisville 200 medley relay at NCAAs, which wound up being the school’s first-ever national championship in a relay.

He is one of three captains who will return as part of the NCAA waiver granted to athletes who participated in the 2021-2022 season. That waiver allows them an extra year of eligibility because of the

He filled a clutch role for the Cardinals at the NCAA Championship meet – he anchored 1:34.93 on the 800 free relay that placed 8th at NCAAs. That’s a relay he wasn’t on at the ACC Championships, and his time was more than a second better than his flat-start lifetime best in the event.

Paulson and Cummings also grabbed All-America honors with relay swims at the NCAA Championships and contributed big points toward the team’s ACC title-winning effort as well.

The women’s team finished 3rd at ACCs last season and were led by a very young core group of swimmers: of their top 10 scorers at the conference meet, 9 were freshmen or sophomores.

That youth from last season will lead to increased expectations this season, as two seniors and a 5th year lead the team in their followup campaign.

The women’s team finished 13th at that NCAA Championship meet, while the men finished 5th at theirs.

Louisville begins their season on Friday with a dual meet against Xavier University, before a group of 18 athletes (9 men and 9 women) head to the SMU Classic the following week.

Every team operates a little differently. The primary path seems to be “team elects, but coaches set the guardrails and have final approval.”