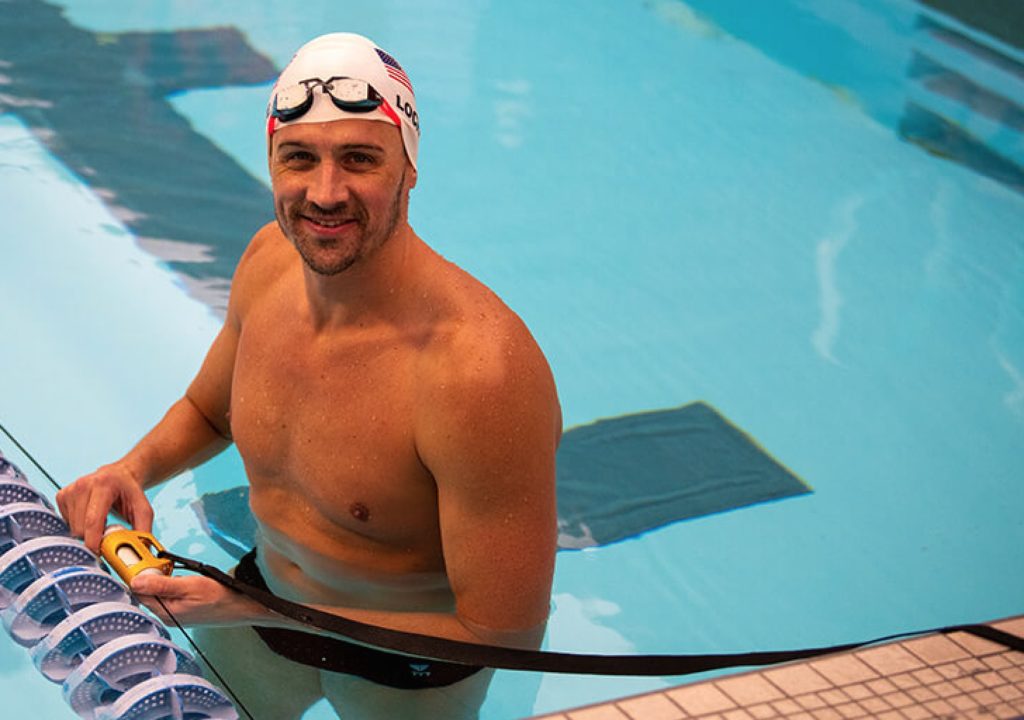 Despite his age and various setbacks, 12-time Olympic medalist Ryan Lochte is setting new personal records as he prepares to solidify his legacy in Tokyo. Archive photo via GMX7, a SwimSwam partner

Courtesy of GMX7, a SwimSwam partner.

GAINESVILLE, Fla. – Despite his age and setbacks due to the pandemic, 12-time Olympic medalist, Ryan Lochte is setting new personal records as he prepares to solidify his legacy in the water at Summer Olympics in Tokyo this year.

To gain a competitive edge, Lochte teamed up with David McCagg, a 7-time gold medalist and former world record holding swimmer, who was working on a revolutionary training device for swimmers. McCagg developed the world’s first resistance trainer that travels the entire pool length with the swimmer. It is called the X1-PRO by GMX7, and Lochte, who holds the current world records in the short and long course individual medley began training with it in 2019.

“The gains I have been seeing by using the X1-PRO are absolutely unbelievable,” said Lochte. “It’s undoubtedly helping me achieve the best times in my career, which at my age, are rather unprecedented.”

The X1-PRO is a small, 6-inch-long, resistance training device that weighs less than 4 pounds and clips into the end-point connections for a pool’s lane lines. It can then be connected to the swimmer via a leash and travels on a line back and forth up to 50 meters in length at the adjustable resistance the swimmer desires.

“The versatility and functionality of the X1-PRO has proven to be the difference maker,” said Lochte. “It really has helped our entire team prepare for the global stage in Tokyo.”

Lochte, who is now married and a proud father of two, has been training near their home in Gainesville. This is where he met McCagg in 2018 and where the X1-PRO was originally tested.

“Ryan approached me, asked what it was and offered to give it a try,” said McCagg, co-founder of GMX7. “Since then, we can’t keep him away from it. Between his work ethic, and mental fortitude, it’s really no surprise that Ryan is the second-most decorated swimmer in Olympic history. There is no doubt in my mind that he’s going to do something special at trials and in the games this summer.”

The X1-PRO is assembled in the USA by GMX7, and has quickly become a necessity for all levels of competitive swim, especially those collegiate swimmers working so hard to get to the very top of their sport.

Development of the X1-PRO began in 2018, and it was tested extensively at the University of Florida prior to becoming available to the general public earlier last year.