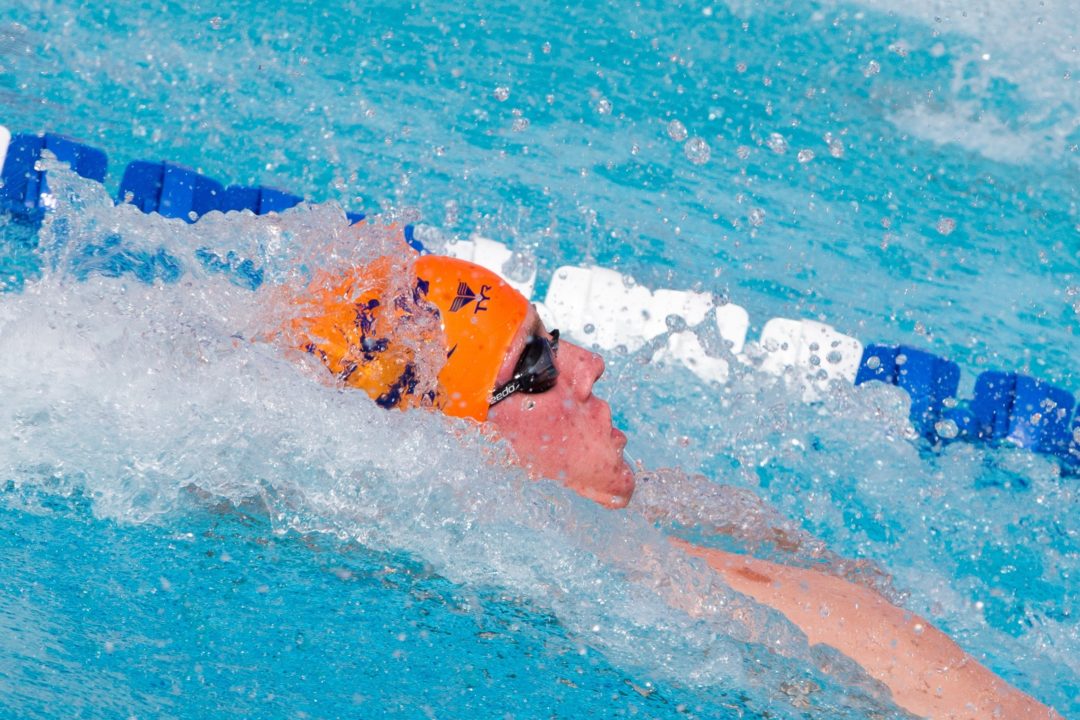 These two are part of a great young American backstroke group that is coming up to replace the aging post-grad group.

The Atlantic City Aquatic Club’s Destin Lasco took down a pair of his own 10 & under yards backstroke records – and he took them down by a mile at the Eastern Zone Age Group Championships. First, down went the 50 backstroke mark in 27.96, bettering his old mark of 28.37. (Incidentally, the runner-up in this race Vinny Marciano swam a 29.06 – which is also an outstanding swim for a 10-year old).

Next, he destroyed his own mark in the 100 backstroke with a 59.81. That makes him the first swimmer at this age to go under a minute in this race, with the old record having stood at 1:00.75.

Lasco isn’t quite as versatile in strokes as Michael Andrew was at this age, but in the backstroke races specifically he’s blowing away Andrew’s records.

Thanks to Youtube user mitkoswim for posting the above video of Lasco’s record-breaking swim.