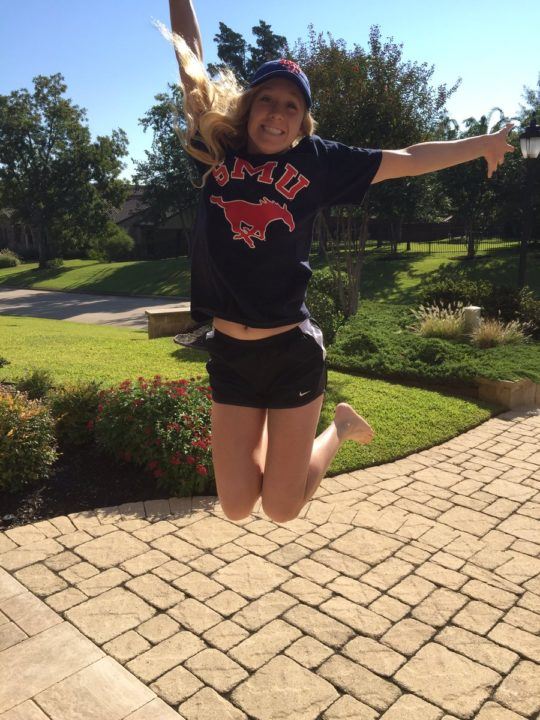 Lauren Thompson of Mansfield High School has verbally committed to the SMU Mustangs, giving the team a versatile swimmer who can...

Lauren Thompson of Mansfield High School has verbally committed to the SMU Mustangs, giving the team a versatile swimmer who can slide into a lot of spots for her future club.

Thomspon made A-finals at the 2016 Texas 6A High School State Championships (big school) by placing 8th in both the 200 breast and 200 IM. Her lifetime bests in both events actually came a year earlier at the state championship meet of her sophomore year.

I am so excited to announce I have verbally committed to swim and continue my education at Southern Methodist University! Pony up!!!???? pic.twitter.com/wU764KusnV

Her lifetime best in the 200 IM would’ve placed her in the A-final at last year’s American Athletic Conference Championships as well.

SMU, which is located in Dallas, Texas, recruits a lot of swimmers both from out of the state and out of the country – the team only has 9 swimmers on their 2016-2017 roster from the state of Texas, and just 3 from the fertile recruiting grounds of the Dallas-Fort Worth Metroplex. Thompson, who also swims for the Mansfield Aquatic Club, will qualify in both of those categories, and be a value commitment for the program.