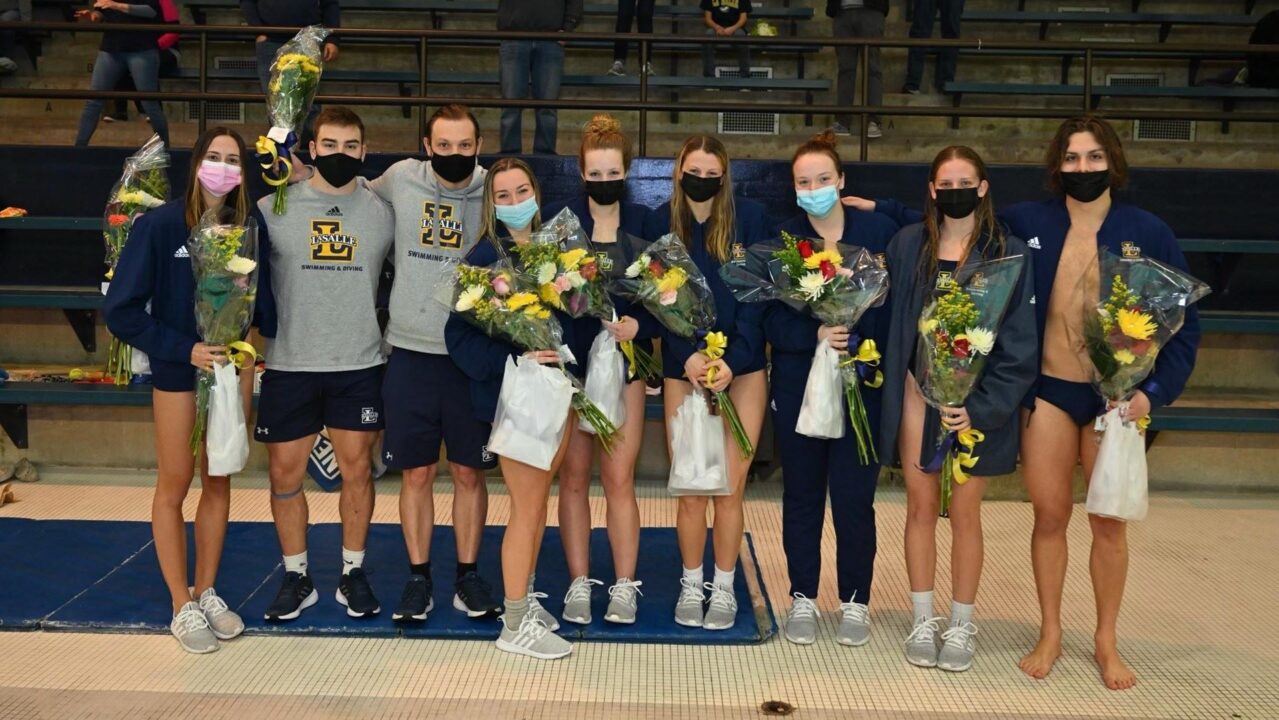 On their senior day, the La Salle men defeated their A-10 rival, while the women lost to the Fordham Rams. Both teams will compete again later this week. Current photo via La Salle Athletics

PHILADELPHIA – La Salle swimming & diving capped their home slate for the 2021-22 season on Saturday afternoon, as the men celebrated their senior day by beating A-10 rival Fordham 150-136 while the women dropped a 183-115 decision to the Rams.

HOW THE MEN FINISHED:

HOW THE WOMEN FINISHED:

UP NEXT:
The Explorers will be back in action on Friday, Jan. 28 when they head to Monmouth University in West Long Branch, N.J.

Philadelphia, Pa. – (Jan. 22, 2022) – The Fordham swimming & diving team was back in competition on Saturday morning, taking on Atlantic 10 rival La Salle in Philadelphia.  The Rams just missed a sweep of the meet, as the Rams defeated the Explorers, 183-115, in the women’s competition, while falling on the men’s side, 150-136.

Zebrowski and Bergin were also a part of the 400 freestyle relay win with Vaula Vekkeli and Zoei Howard in a time of 3:34.39, and would also win an individual event on Saturday, as Zebrowski took first in the 100 butterfly (58.19) and Bergin won the 50 freestyle in 24.83 seconds.

Over on the men’s side, Fordham won five events on the day, which started with Alexander Shah taking the top spot in the 50 freestyle in 21.83 seconds.

The final event win came in the 400 freestyle relay, where Clarke, Vitalis Onu, Shah, and Nicholas Chao posted a top time of 3:09.87.

The Rams are back in the pool on Wednesday, January 26th, at Iona, starting at 5:00 PM.