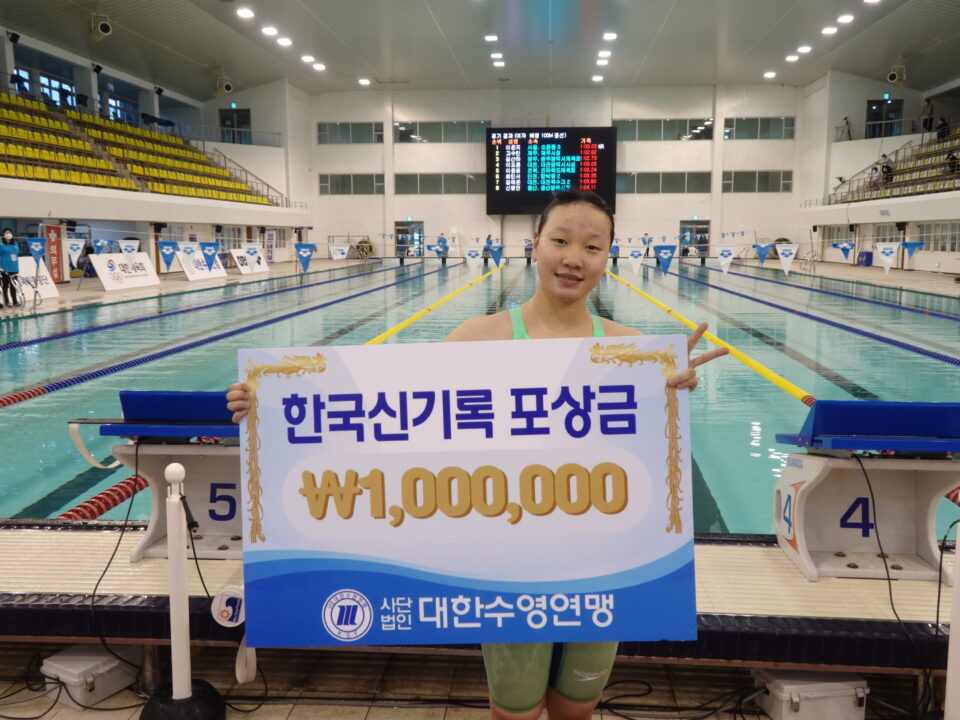 14-year-old Lee Eunji of Kore set a new national record of 1:00.03 in the women's 100m back, qualifying for her 2nd Olympic event in the process. Current photo via Jinho Lee

In addition to the head-turning World Junior Record set by Hwang Sunwoo in the men’s 200m free, youngster Lee Eunji also did some damage of her own on the penultimate night of action at the 2021 Korean National Trials.

Lee, just 14 years of age, already qualified for the Olympic Games in the women’s 200m back, having clocked a lifetime best of 2:09.87 earlier in the meet. However, the teen was far from finished, firing off a new national record of 1:00.03 en route to gold in the 100m back sprint.

Entering this meet, Lee’s lifetime best rested at the 1:01.06 she produced at the Korean Championships last November. Flashforward just a handful of months, however, and she dropped over a second with her new PB of 1:00.03.

Lee’s time also dipped under the FINA ‘A’ cut of 1:00.25 needed for the Olympic Games in Tokyo, meaning this 14-year-old has now qualified for her 2nd event.