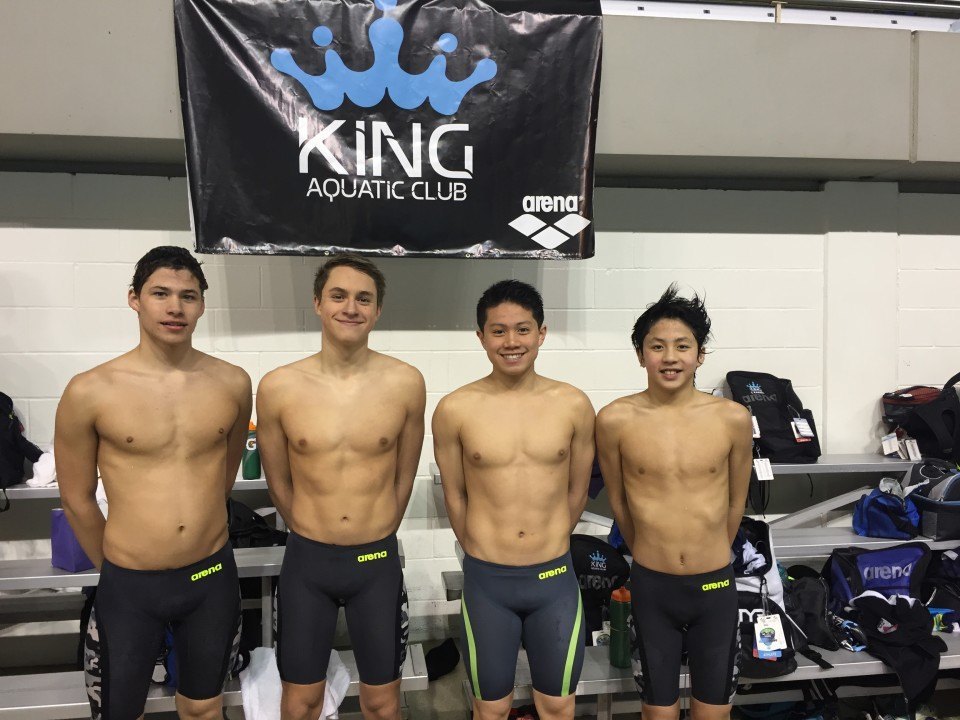 An otherwise inconspicuous swim by the King Aquatic Club at the 2016 Federal Way Sectionals meet on Friday evening in... Archive photo via Ash Milad

An otherwise inconspicuous swim by the King Aquatic Club at the 2016 Federal Way Sectionals meet on Friday evening in the 200 medley relay carried special, if subtle, significance in the annals of 200 meter medley relay.

The team’s D relay placed 11th overall in 1:49.61, but all four members of that D relay are in the 13-14 age group, which makes the result a new National Age Group Record.

The team of Tyler Lu, Alejandro Flores, Vladislav Elizarov, and Ethan Dang swam 1:49.61, which knocked nearly a full second from the old National Age Group Record. Last year, the Cincinnati Marlins swam 1:50.60, which at the time was almost a second faster than the prior record.

The noteworthy difference between the two relays is the freestyle anchor leg, where Ethan Dang, whose best stroke is actually breaststroke, blew past the metaphorical record-line to close the relay.