Kentucky Gets Verbal from Wisconsin-Based Backstroker 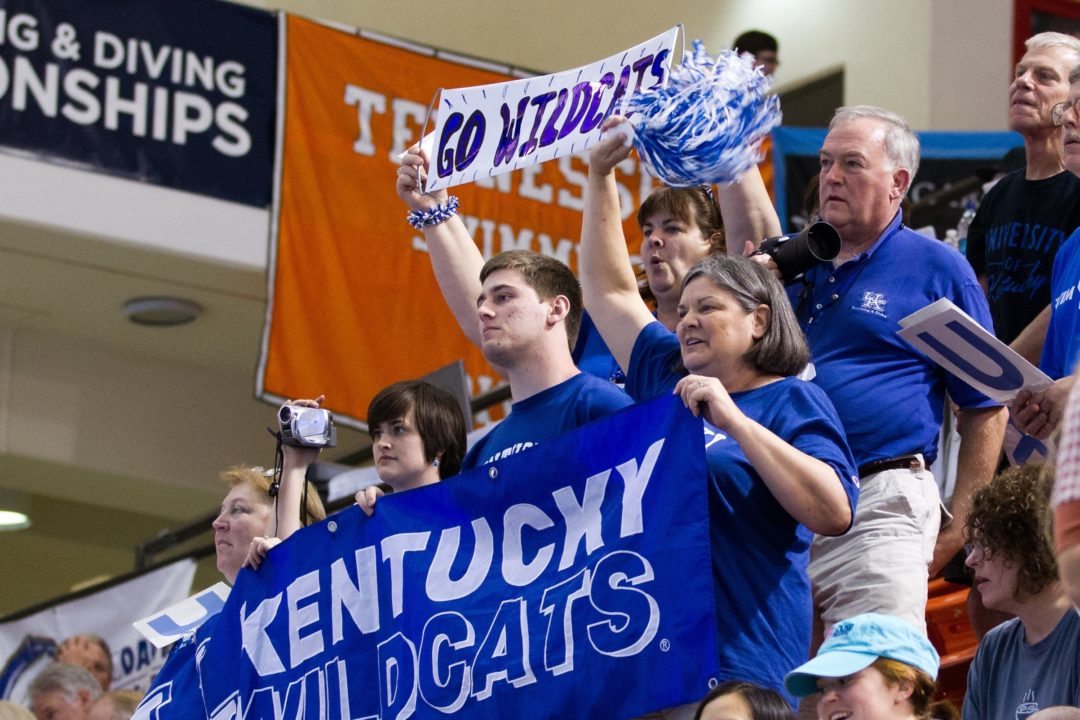 The Kentucky women have picked up their first verbal commitment of the fall season. photo via Tim Binning/TheSwimPictures.com

The first big commitment of the Lars Lorgensen-led era in Lexington, Kentucky has come off of the board. Backstroker Bridgette Alexander from the J-Hawk Aquatic Club in Whitewater Wisconsin has given her verbal pledge to the Wildcats, according to her coach Cheri Zimdars.

Alexander comes into her senior year of high school with bests of 54.79 and 1:57.20  in the 100 and 200 yard backstrokes; she’s also a phenomenal long course swimmer, having in the summer of 2012 at Junior Nationals gone 1:02.53 and 2:15.17 in the long course versions of the same events. That placed her 3rd and 6th, respectively, at the country’s premier long course Junior National Championship meet.

She will have a chance as a freshman to make an immediate impact on the Kentucky medley relays, though it won’t be a given. 2012-2013 freshman Laura Dawson was a 54.85 leading off for the Wildcats’ 9th-place medley at the SEC Championships last year. The Kentucky backstroke group last season was loaded with youth (it was almost entirely freshmen and sophomores), but by the time Alexander gets there, it will be a veteran group.

That story of youth-now-aged is common throughout the SEC backstrokes. In the top 16 at last year’s SEC Championships, half (8) were freshmen.

Alexander already has a time that would’ve been in the top 16 at SEC’s in the 200 back, though, and is well on her way to the same in the 100 back. That’s important for a Wildcat program that is trying to rebuild themselves in a very deep SEC conference: they need to pile on the individual scoring depth.