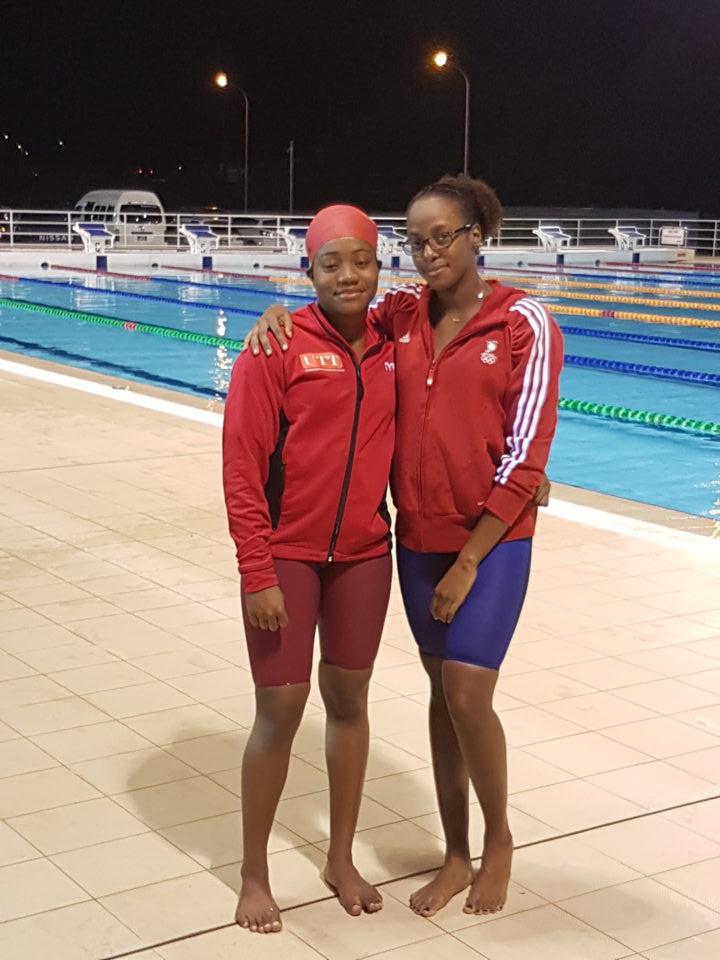 Julien who broke the 50m back record on both Thursday and Friday sped to the wall in 1:03.74 to erase the 1993 100m backstroke open record of Sangeeta Puri of 1:04 68. This was just one of few national records that fell during Day 3, in what is proving to be a very fast National Aquatic Centre.

prelims with a time of 28.66. In his silver medal finish in the afternoon finals session, Thompson set the bar higher for himself and future age groupers with a 28.32 clocking. The old 15-17 record was held by his teammate Abraham McLeod in 28.76. McLeod, now 24, won the open race in 27.49. Thompson also won a bronze on the night in the 50m butterfly in 25.68.

In Thompson-like fashion, Zarek Wilson of broke the 9-10 record in the 100m freestyle male in both the prelims and finals. The Blue Dolphins athlete clocked 1:01.96 in the preliminaries and further improved with a gold medal winning 1:00.18 in the final. Nikoli Blackman of Marlins won silver in 1:01.20. At the beginning of the day the Wilson held record was 1:02.37. At the end of the day it was the first time that any 10 & Under  T&T swimmers went under 1:02 in 100m freestyle, and it happened three times in one day.

Christian Awah of Blue Dolphins, who won the 50m backstroke (26.40) on Friday night, won gold in the 50m butterfly in 25.21. Arieos athlete Justin Samlalsingh clocked 58.93 in the 100m backstroke to take the gold. Arieos won the inaugural open mixed Medley relay, while Blue Dolphins won the 10 & Under equivalent.

The meet finishes today Sunday and will culminate in the presentation of awards and the crowning of the first ever National Open Short Course Championships Club Champion.