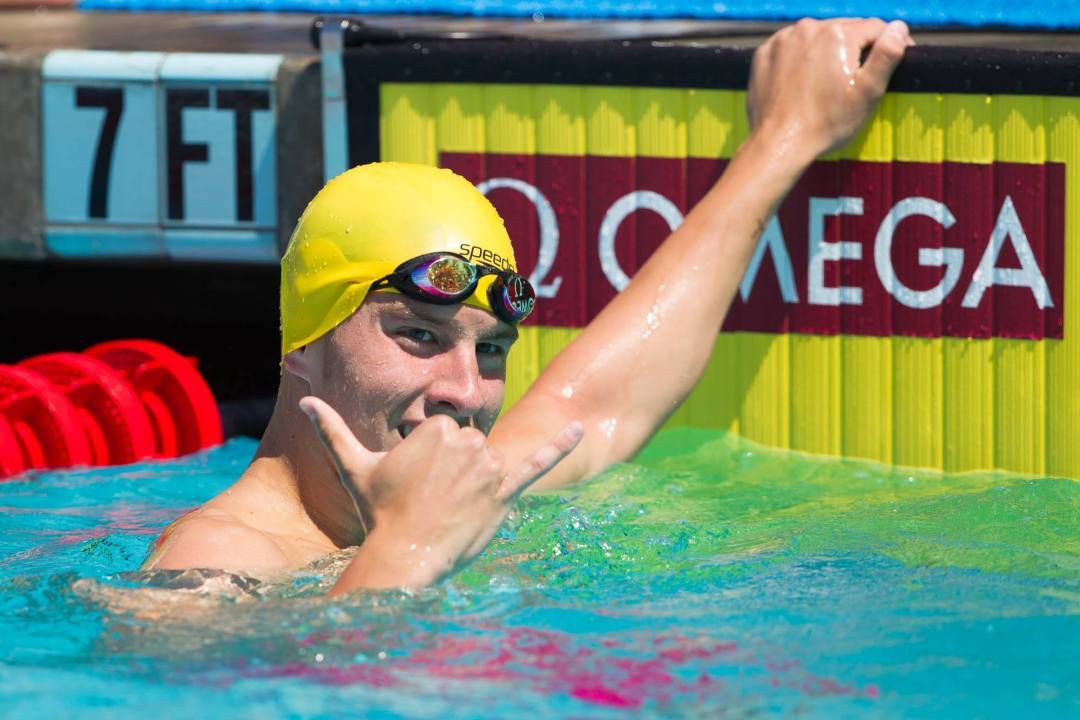 Knox Auerbach is one of five Dynamo swimmers to make either the Junior National Team or senior National Team for 2014-2015, all under the leadership of Jason Turcotte. Archive photo via Tim Binning/TheSwimPictures.com

Jason Turcotte, the head coach of the Dynamo Swim Club, has been named the co-recipient of USA Swimming’s Developmental Coach of the Year award on Friday night at the United States Aquatics Sports Convention in Jacksonville, Florida.

He shared the honor with SwimMAC Carolina coach David Marsh.

Among the accomplishments of Turcotte’s team in the last year includes winning the 2013 USA Swimming Winter Junior Nationals title: their fourth such championship.

He was also the Coach of Record for three members of the 2014-2015 Junior National Team (Kylie Stewart, Michael Taylor, and Knox Auerbach) and two senior National Team swimmers, who were both juniors (Jay Litherland and Gunnar Bentz).