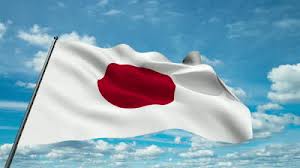 Japan announced its 9-strong lineup for the 2019 World Junior Championships, with Nagisa Ikemoto representing the nation at both Junior and Senior editions. Stock photo via StockImages

Earlier this week the Japanese Swimming Federation announced 8 additional members to its 2019 World Championships roster based on results from the 2019 Japan Open. Now we know the nation’s World Junior Championships lineup as well.

Comprised of 5 men and 4 women, the 9-strong squad competing for Japan in Budapest includes 1 swimmer doubling up on the Senior World Championships in Gwangju well. 17-year-old Nagisa Ikemoto earned a spot on Japan’s women’s 4x200m freestyle relay with her 4th place finish in the individual event (1:58.22) at the Japan Swim.

Also of note on the men’s side for the Junior edition of the meet is Shoma Sato, the 18-year-old who powered his way to silver in the men’s 200m breast at the Japan Swim, registering a solid 2:09.42 for a new lifetime best.

Japan finished 3rd in the overall medal standings at the 2017 edition of the World Junior Championships, collecting a total of 16 medals, including 6 golds.