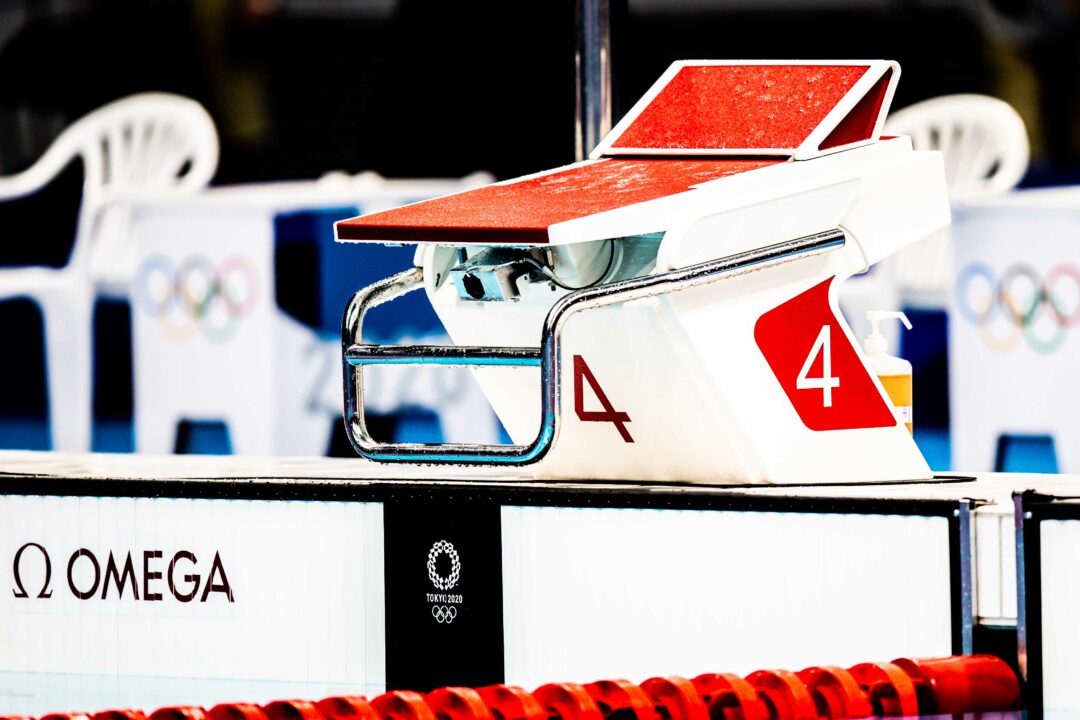 The National JOC Junior Olympic Cup is taking place this week in Japan, with a handful of teenagers standing out from the crowd. Stock photo via Jack Spitser/Spitser Photography

Fresh off his victories at the Japan Inter-High School Championships from last week, 17-year-old Konosuke Yanagimoto was back at it. Yanagimoto is in Kadoma City, racing at the 44th National JOC Junior Olympic Swimming Cup, already wreaking havoc in the men’s freestyle.

In the men’s 400m IM event for 15-16-year-olds here at the JOC, Riku Yamaguchi and Tomoyuki Matsushita went head-to-head all the way to the touch where the teens were separated by just .01 at the end.

Yamaguchi got his hand on the wall first in a super quick 4:18.87 while Matsushita was right in there at 4:18.88, with both men getting well under the previous meet record of 4:20.93.  The exact birth dates are not listed for these athletes, only that they were born in 2005.

Yamaguchi’s top time heading into this meet rested at the 4:19.88 he logged in June of this year while Matsushita had been as fast as 4:23.69 2 years ago.

For perspective, these two men would rank as the 5th and 6th top American 15-16-year-olds of all time in the 400m IM event, ranking ahead of the likes of Jake Foster and Andrew Seliskar.