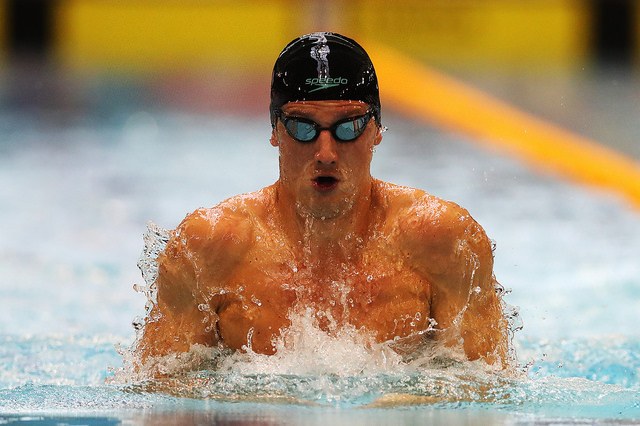 However, the region’s success has been brewing for some time, as we can look to the 2012 London Olympic Games for one of Great Britain’s most inspiring performances.

Just 23 years of age at the time, Scottish breaststroker Michael Jamieson rocked the swim of a lifetime with his mark of 2:07.43 in the 200m breaststroke to win silver, becoming the first British male swimmer to medal at an Olympics since 2004.

Immediately after performing in front of a home crowd and securing his hardware in London, Jamieson described the experience as, “everything I hoped it would be – the crowd bringing me down the final 50m was the greatest experience of my life.”

However, Jamieson has fallen on harder times as of late, failing to make his nation’s 2015 World Championships team, as well as being outperformed for a spot on GBR’s 2016 Olympic roster.  The man who raced his way to the runner-up spot on the podium in the 200m breaststroke in London found himself finishing 5th and 7th in the 100m and 200m breaststroke races, respectively, at the British Trials last month. His 200m breaststroke time of 2:10.55 there was well off his 2012 podium-placing performance.

In fact immediately after his races in Glasgow at Trials, Jamieson told the press, “The last couple of years have been horrible but I wasn’t even in it.” Alluding to a potential retirement, he continued, “I don’t know if it’s there any more … I don’t know. That could be it, I think.”

Now several months and a broadcasting gig later, Jamieson is rethinking his future plans. Primarily, the men’s 200m breaststroke final result in Rio is what triggered thoughts of his not yet hanging up his goggles.

“I feel like I was very close to a decision before going out to Rio and then seeing the standard of times that won the medals in the 200m breaststroke, I thought ‘I’m still there, I’m still capable of doing this. That’s thrown the cat amongst the pigeons’.

But Jamieson fans should temper their excitement of the Edinburgh swimmer reigniting a full-on Olympic pursuit. The Scot says, if he were to decide to keep going, “I certainly don’t have another four years in me, to go to Tokyo [2020], so if I was to continue, it would to looking to the Gold Coast and the Commonwealth Games in two years.”

“After having won two silvers in the past, I’d only be going there to win. So the question is if my body’s capable of doing that. The honest answer is, I don’t know, but psychologically I don’t want to be involved in the sport if I’m not going to be competing for major medals.”

Jamieson continued to the BBC, “I’ve kept myself in really good condition in the past couple of months. I’ve been doing a lot of strength training, a lot of yoga, a lot of land-based training, so I wouldn’t have a problem getting back to 90% fitness, which I feel is where I’ve been for the last 12-18 months, but it’s that other 10% that’s missing.”

Jamieson says he will make the call on his retirement in the next several weeks. He says,  “Either way, it’s going to be a brave decision. I am leaning towards finishing, because I just don’t know if I’m able to get to that same level again.”

Love Michael to keep going… Only question is where? I’d hope back the Bath!!

200 br times might come down a little if Peaty/Marshall figure out how to work their magic on the longer distance.

‘A brave decision’ you know when you want to do something.
Delaying the inevitable, doesn’t want to swim, but doesn’t like the thought of his career ending in this way. Been passed at commonwealth games, by a Scot, in Scotland when your goal was to break the world record has destroyed him.
All these quotes, ‘I certainly don’t have 4years in me’ , ‘only be going for gold’, ‘kept myself in good shape’… ????? If you want to swim fast you have to enjoy it and let go of the past.
If he made commonwealths that would a huge achievement. If he did and didn’t win he’d be more mentally messed up than he is now based… Read more »