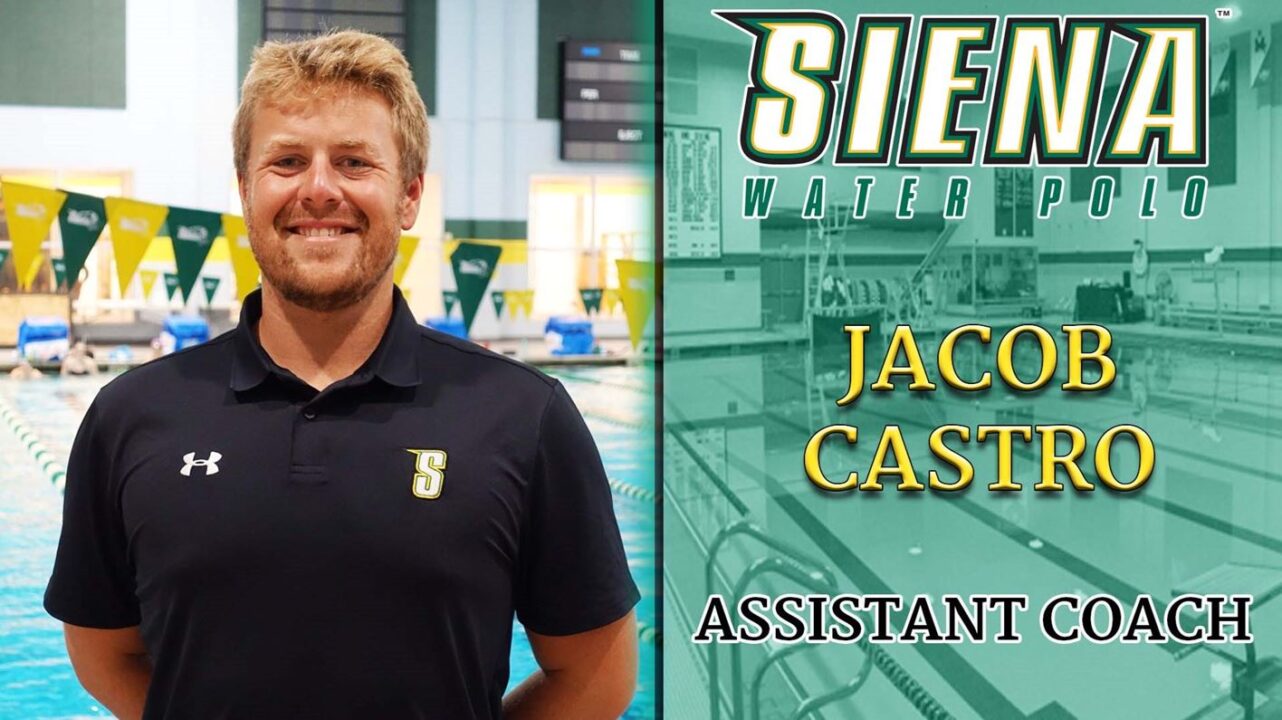 LOUDONVILLE, NY – Siena Water polo head coach Alex Williams announced the hiring of the program’s first assistant coach since 2017 Tuesday. In anticipation of the 2022 season. Former NCAA Division I standout Jacob Castro joins the team as its assistant coach, and will look to help Williams build upon success in his first two years at the helm.

“Jacob brings an elite level of technical and mental performance knowledge to our program,” Williams said. “We are as optimized as ever for long-term success.”

A native of California, Castro brings years of water polo coaching experience and success to the Capital Region. He spent the last six years as the head coach of the Torrey Pines High School Girls Water Polo Team in San Diego, CA, guiding the team to the 2019 CIF-SDS Division I Championship Game, as well as its first CIF San Diego Section Open Division Berth in 2018. Castro also aided in coaching the boys’ water polo team at The Bishops School in San Diego from 2017-21, leading them to back-to-back Open Division CIF-SDS titles in 2019-20 and 2020-21.

Castro was at the helm of the San Diego Shores Water Polo Club 16U and 18U squads from 2017-21, helping over 30 players receive varsity college offers during that time. He guided the 16U girl’s “B” team to a national ranking of #19 in the 2019 Junior Olympics Platform Division, and later helped them capture a Junior Olympics Gold Division Bronze medal in 2021.

After being named a First Team All-American and First Team All-Big 8 Conference honoree during his first two years at San Joaquin Delta College in Stockton, California, Castro recorded 11 goals and eight assists in two seasons at UC-San Diego from 2014-15, helping the Tritons to advance to the NCAA Final Four in both years.

Castro earned his bachelor’s degree in human development from USCD in 2016, and received his master’s in performance psychology in January 2021 from National University.