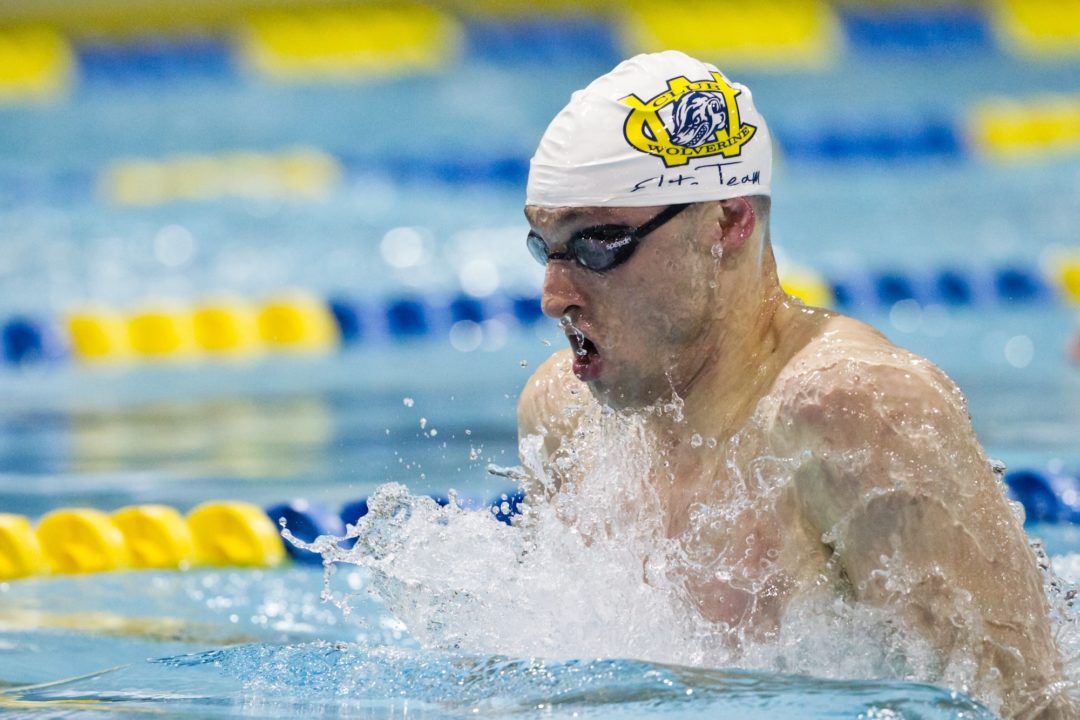 A month after his 29th birthday, Irish swimming legend Barry Murphy has announced his retirement from international-level swimming.

In a letter today, which can be seen in its entirety below, Murphy said that given what he’s accomplished, including a 2012 Olympic berth, he is looking for a new challenge.

“Having competed at the Olympic Games in 2012, won a European Bronze medal and World Cup Bronze medal in 2013 and broken numerous Irish national swimming records I feel that it is time to move my attention to something new and hang up the Speedo and Goggles,” Murphy said, before thanking all of those in Ireland that helped him along his journey.

In addition to his international achievements, which include a bronze medal in  the 50 SCM breaststroke at the 2013 European Championships, Murphy spent time training in the United States at the University of Tennessee and with Club Wolverine. At Tennessee, he was a 19-time CSCAA All-American, which is the most in program history.

Murphy serves on the Athlete Commission of the Olympic Council of Ireland, and earlier this year completed a Masters’ degree in Digital Marketing through the University College Dublin, and he says his next journey will hopefully be into the world of marketing and advertising.

Swim Ireland National Performance Director Peter Banks commented “I want to congratulate Barry on a great career having represented Ireland at every level of the sport. Barry has shown great commitment and dedication and has been a great ambassador for future athletes in our sport. I wish him well and hope he stays involved with Swim Ireland and our sport at some level.”

“Barry has been a fantastic athlete and role model for Irish swimming throughout the years” added Swim Ireland CEO Sarah Keane “He has inspired many young swimmers to follow their dreams and we look forward to his continued involvement as an ambassador for our sport.”

Murphy’s full retirement letter is below.

After much deliberation and an extensive time to reflect, I am happy to announce my retirement from International level swimming. It has been an arduous decision but at 29 years of age, I feel it is the right time.

To represent the country I love, in a sport I have loved since I was 8 years old fills me with an incredible amount of pride. When I set out on this path as a young sports fanatic, I could only have dreamed of having the career I was able to have, achieving the accolades I was able to achieve and embracing the opportunities I was able to pursue.

Having competed at the Olympic Games in 2012, won a European Bronze medal and World Cup Bronze medal in 2013 and broken numerous Irish national swimming records I feel that it is time to move my attention to something new and hang up the Speedo and Goggles.

Along this journey I’ve been fortunate to come across characters and personalities that have shaped my career and life in incredibly positive ways.

Firstly, I’d like to thank Mary Geran for instilling both the technical and attitudinal qualities that are required to reach the Olympic level from when I was 11 years old.

I am also very grateful to Belvedere College SJ and the Belvedere Past Pupils Union. Joining Belvedere in 2001 changed the path I was on for the better and their continued support throughout my career makes me proud to be a Belvederian.

I’d also like to thank John Trembley, the late Joe Hendee and the University of Tennessee for allowing me to explore life outside of Ireland and experience the sport I love in a different and highly competitive environment.

A special mention and thanks has to go to Mike Bottom, Mark Hill, Josh White and my teammates for welcoming me to the University of Michigan and teaching me more about elite sport than I ever imagined possible.

I am also incredibly thankful to three organisations within Irish sport. They are the Irish Sports Council, The Olympic Council of Ireland and The Irish Institute of Sport. These three organisations are invaluable to Irish sports and their continuing pursuit of excellence is a testament to all involved and I have no doubt their efforts and rewards will be paid off with medals in the years to come.

To Swim Ireland and especially Sarah Keane, Peter Banks, Paul Donovan and the Swim Ireland Board that have been instrumental in helping me achieve my most successful year to date. Their support and vision allowed me to craft my most successful year in 2013 and I thank them for welcoming me back into the HP program, and guiding fresh enterprises like campus accommodation at the NAC. Irish swimming is moving forward and with them at the helm, it will go from strength to strength.

I’d also like to thank the staff at the NAC and Swimkit.ie for providing a world class facility to train and compete at the highest level and ample support while I have trained in Dublin.

Most importantly, to my family, there are no words to describe how blessed and appreciative I am for the support you have given me. My journey was only made possible by your love and support, and I am forever indebted to you for allowing me to pursue my childhood dreams of being an international swimmer.

Additionally, I would like to thank the people of Ireland. The ability to fund and support international athletes is down to their hard work and tax payments. All the athletes that receive grants are eternally blessed to you for allowing them to pursue their vision of international glory.

Although the first leg of this race is over, I am excited to be turning my energy to a new goal and new pursuit. I have just completed an MSc Digital Marketing at Smurfit graduate business school and I am looking forward to pursuing a career in the marketing and advertising industry. I am excited to stay involved in sport with my athlete representative roles with Swim Ireland, The Olympic Council of Ireland and the Irish Institute of Sport.

Finally, I wish all the athletes in Ireland that are chasing the dream of Rio 2016 all the best in your careers and encourage you all to strive to achieve the ultimate goal in sport and represent your country at the highest level.