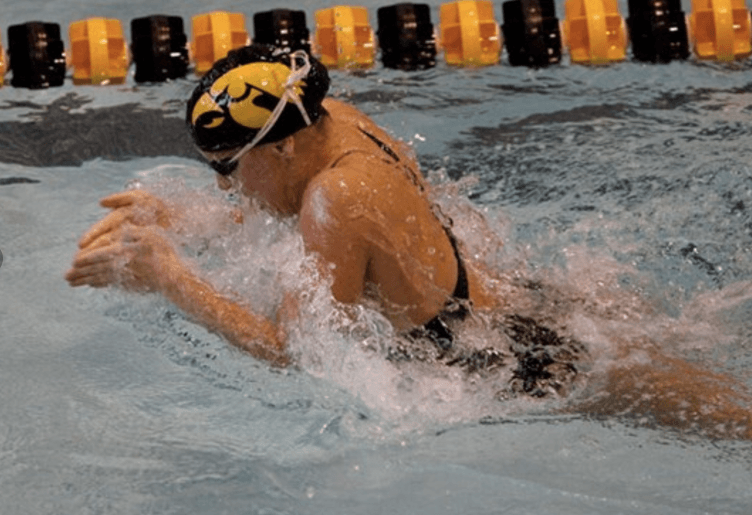 The University of Iowa swimming and diving team opens the 2017-18 season hosting Michigan State and Northern Iowa at the UI Campus Recreation and Wellness Center Natatorium. Meet times are scheduled for 7 p.m. (CT) on Thursday, Oct. 5, and 10 a.m. on Friday, Oct. 6. In honor of the 100th anniversary of Iowa swimming and diving the Hawkeyes will host an alumni meet beginning at 2 p.m. on Friday.

The Iowa men’s and women’s swimming and diving teams hosted its annual intrasquad meet on Sept. 30. The Hawkeyes split into two seperate squads — the Black team, and the Gold team. The intrasquad meet serves as a warm-up for the 2017-18 season. Winning a total of 12 events, the Gold team defeated the Black team, 104-86. The Gold squad closed out the meet winning the women’s and men’s 200-freestyle relay. Sophomore Allyssa Fluit, senior Tereysa Lehnertz, freshman Sarah Schemmel, and sophomore Hannah Burvill clocked 1:34.76, while sophomore Joe Myhre, junior Matt Kamin, and seniors Jerzy Twarowski and RJ Hemmingsen touched in at 1:23.96 to solidify the victory for team Gold.

The Hawkeyes will celebrate 100 years of Iowa swimming and diving this weekend. Iowa’s program started in 1917 with David Armbruster as head coach and has had five head coaches since. The Hawkeyes will welcome back alums from all across the world when they open the 2017-18 season hosting Michigan State and Northern Iowa at the UI CRWC Natatorium on Thursday and Friday.