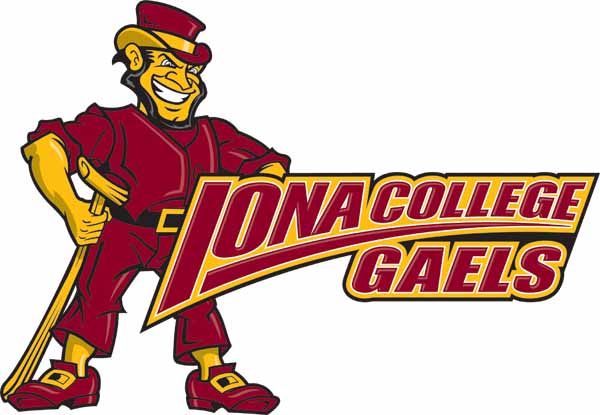 When students do travel, it is usually for pleasure. However, sophomore swimmer Daniela Beasley has a desire to give back on her own and has plans to help the orphans in her hometown of Ecuador to overcome socio-economic boundaries. Current photo via Iona College

Via Iona College Swimming and Diving courtesy of Meral Kathwari at The Ionian newspaper:

There are very few people at Iona College who get the chance to travel the world and make a difference in people’s lives without the help of the Office of Mission and Ministry or other organizations.

When students do travel, it is usually for pleasure. However, sophomore swimmer Daniela Beasley has a desire to give back on her own and has plans to help the orphans in her hometown of Ecuador to overcome socio-economic boundaries.

Beasley spends most of her time training in the pool for swim meets and staying on top of schoolwork to maintain her grades.

Whether it’s managing her time on a planner or escaping from social activities to work out, there’s always been one thing on her mind throughout the year that has made a big impact in her life: Ecuador.

Beasley was adopted from Ecuador by an American family. When she moved with them to Boston, she knew automatically that her life would change for the better.

Every experience and opportunity in her life she considers a gift, one that she doesn’t take for granted.

As Beasley has grown and matured through the years, she’s developed a talent for swimming. At the age of three, she learned how to swim and by the age of 12 she was a natural expert.

Beasley has taken her education seriously, has considered her life and family a blessing and has been working every day to make her adoptive parents proud.

In 2010, Beasley took home many championship titles and helped win many meets for her high school swim team, even making it to sectionals in Florida. There she was recruited to swim for the Ecuadorian National Swim Team.

The coach saw her compete and said that she would be an excellent addition and that her work ethic as an athlete was outstanding. But despite Beasley’s success in the pool, Ecuador remained on her mind, and close to her heart.

After her parents adopted her sister Claudia, whom she helped raise, Beasley couldn’t help but think about all the orphans left behind in Ecuador. Since she was still close with her foster mom, she decided to go to Ecuador, and stay in the orphanage she once lived in to help the kids there.

Beasley said that going back to Ecuador was as life changing as getting adopted, but in a different way. She saw things that tugged at her heartstrings, and from there she knew what she wanted to do with her future.

Through photo essays, she wants to draw attention to the poverty of people in Ecuador, and show how they are in a “war among themselves.” People are struggling day-to-day to survive.

“When I was there, a woman handed me over her baby and begged to take her child with me,” Beasley said.

Beasley wants to publish a photo journal of what she’s seen at the orphanage, Para Sus Ninos, and in the Ecuadorian villages. She spent her time helping the kids in the orphanage and giving them an optimistic outlook on life.

“It breaks your heart to see kids that won’t get the opportunities you have, and things that most people in America take for granted,” Beasley said.

She has been to her orphanage four times so far and is going back this summer. Beasley has proven she is more than just a swimmer as she continues to work towards her goal of becoming a photojournalist.

This release was provided to SwimSwam by Iona College Swimming and Diving courtesy of Meral Kathwari at The Ionian newspaper.