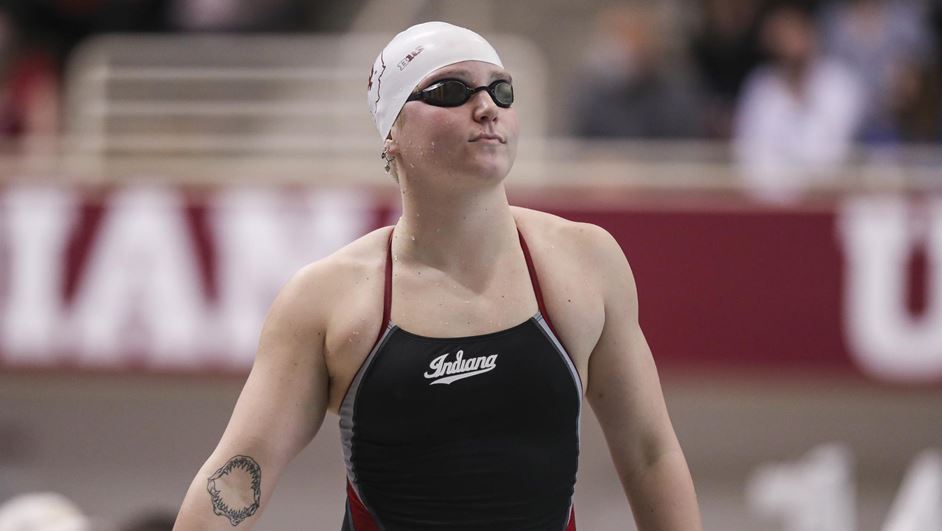 “We look forward to hosting Evansville on Friday,” head swimming coach Ray Looze said. “This will be a great final tune up as we prepare for the Big Ten Championships.”

The Hoosier men are 8-0 in dual meets this season while maintaining a streak of 14 straight dual meet victories going back to 2019.

The NCAA’s reigning Platform champion showed her prowess once again, winning the event with an NCAA Zone Qualifying score of 304.58; a score nearly 20 points greater than the second-place finisher. On her fourth dive, Gilliland beautifully executed an inward 3 ½ somersault tuck from 10 meters to score a 74.40. She followed with a back 2 ½ somersault, 1 ½ twist pike that resulted in a 69.60 for her final dive.

Gilliland followed with a victory in the 1M with a 316.85, her second-best score of the season. Her best dive came in her second attempt as she converted a forward 2 ½ somersault pike into a 56.55. She finished well, scoring 49.50 and 54.38, respectively, on her final two dives.

The Hoosier men improved to a perfect 8-0 this season while winning their 14th straight dual meet, a streak going back to 2019. IU’s women’s team got back in the win column, moving to 6-2. IU men’s swimming and diving has won 12 consecutive meets against Purdue going back to the 2010-11 season, while the women’s team is 11-0 since 2011-12.

Freshman Rafael Miroslaw turned in another dominant performance, winning four events, including all three freestyle sprints, while adding a pair of NCAA B Cut times.