How to get the Michael Phelps Gold Cover Olympic Preview Issue 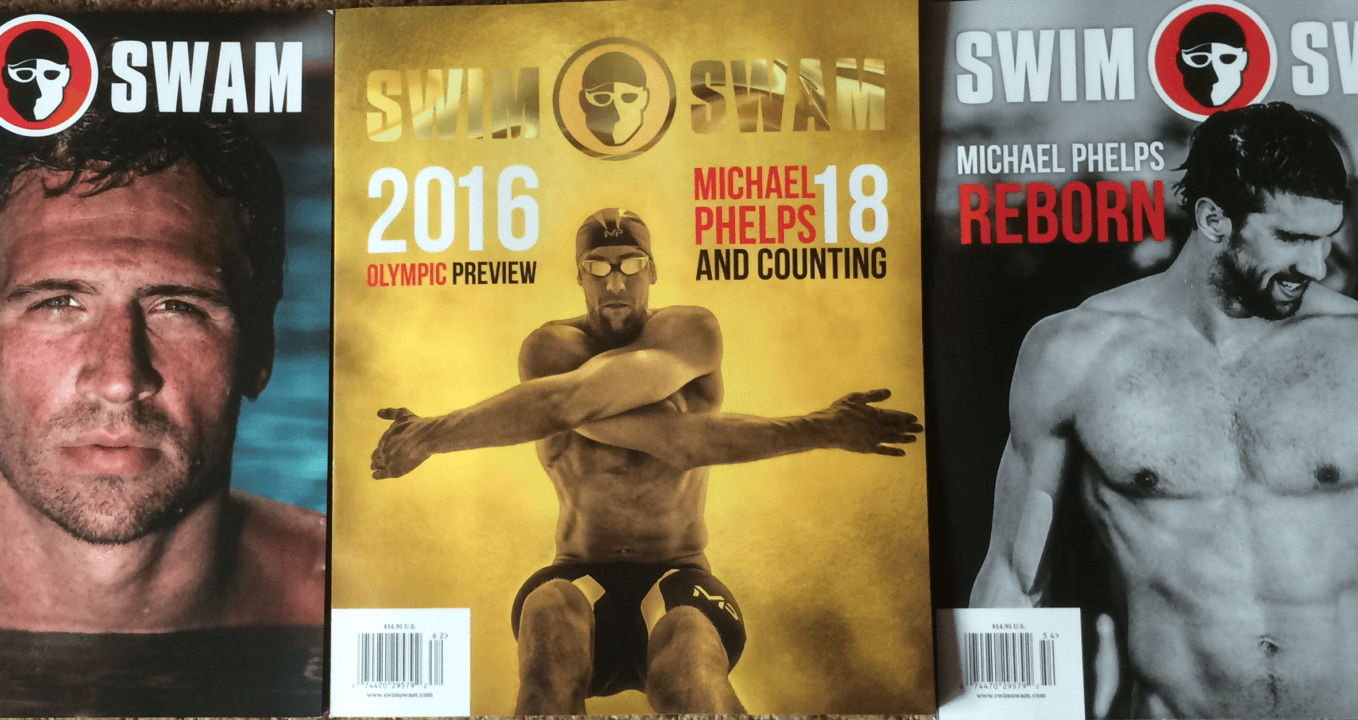 This is the one magazine you need for Olympic swimming news, data and insider information. Current photo via Mike Lewis/Ola Vista Photography

The 2016 Olympic Preview issue with the Michael Phelps gold cover is out.  Subscribers have it now or they are getting it soon.  How can you get this 196 page issue?

Subscribe now and we will send it in the mail, and you can subscribe from nearly every country on earth.

If you’re going to U.S. Olympic Swimming Trials and you subscribe after June 20th, come to our HQ in Omaha, LOCAL BEER PATIO & KITCHEN, show us your receipt and we will hand you your first issue.

If you’re going to U.S. Olympic Swimming Trials in Omaha, visit our HQ at LOCAL BEER PATIO & KITCHEN, and we will help you subscribe on the spot.

In Omaha, look for the SwimSwam banner at LOCAL BEER PATIO & KITCHEN. We will be there from 1pm to 6:30pm daily during the 8 day competition.

The 2016 Olympic Preview will have everything you need to know to fully understand and enjoy the U.S. Olympic Trials and the 2016 Olympic Games.  It will be an encyclopedia of Olympic insider info every swim-fan will need to dive deeper on the biggest moment in sport.

We are covering the U.S. Olympic Trials and Olympic Games behind the scenes like you have never seen it done before.  Whether you’re at the events or watching on TV, the background information will add to your experience.

Profiles on Olympic Hopefuls will be exact, fun and insightful.  We’re reaching back and looking forward with a keen eye to enhance the drama which makes our sport so great. Katie Ledecky, Nathan Adrian, Ryan Lochte, Natalie Coughlin, Caeleb Dressel, Ryan Murphy, Missy Franklin and many, many more will be covered.